FaceTime Won’t Eat Up Your Minutes 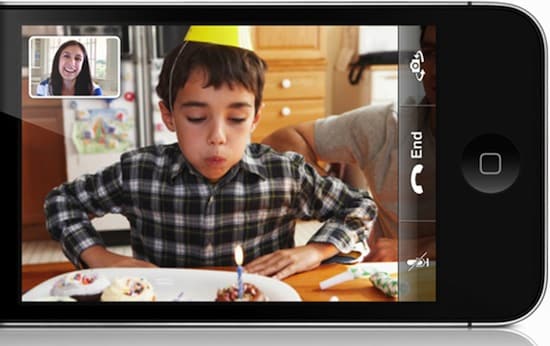 When FaceTime was first announced by Apple, I got pretty excited. I’ve got a new child, after all, and his grandparents have iPhones. Using FaceTime would be great to show them when he does all of those cool new “firsts,” like today, when he had his first taste of bananas. That’s right, bananas. Doesn’t get much more exciting than that.

My biggest concern, however, was how that worked with my AT&T plan. I can imagine using more minutes than usual to show the folks my son’s latest tricks, but since it’s Wi-Fi only, how does that work with my minutes? Business Insider had the same questions, so they asked Apple:

ThisÂ wasn’t immediately obvious because FaceTime calls can be initiated from within voice calls, and one possibility would have been for Apple to keep the voice call running in the background (but muted to the participants) in case the video chat dropped or someone’s wi-fi signal went out.

But it appears that Apple isn’t going to keep the voice call going as aÂ backup, and that if your FaceTime video call drops, you’ll need to redial the voice call.

Sweet. I’m fine with redialing if I have to, because that’s something I’m used to – I have AT&T, after all. But I’m also glad it doesn’t count against my minutes, because that would blow pretty hard.