FaceTime on the iPod Touch 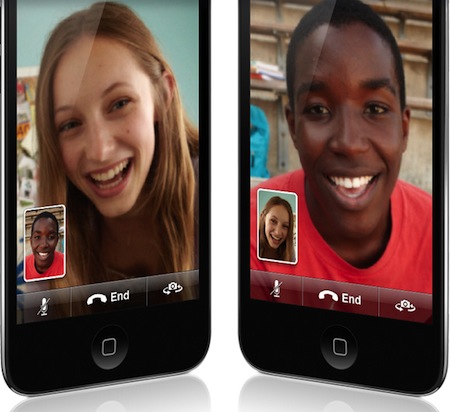 If you had asked me two months ago what three things I could count on to be 100% reliable, I would’ve said death, taxes, and the iPod Touch is going to get FaceTime. Apple has been making a big push for the technology to take off since the iPhone 4 came out this summer, and since we all knew the iPod Touch would shortly be getting a refresh, it was a gimme. The big question in my mind was whether or not any other iPods would get the technology, and it looks like on that end, it just didn’t happen. I think from here on out, we’ll see the Nano continue to get smaller, and it may eventually replace the Shuffle entirely.

When it comes to certain truths, I think I can say with confidence that next to get FaceTime will be the iPad. People complained about the iPad not having the technology to begin with, so expect the iPad 2 to come with FaceTime and dual cameras. The only other thing I see coming before that is FaceTime on OSX, which would essentially be a rebadge of iChat.

FaceTime is catching up. Let’s see what’s next.