Do We All Really Want Touchscreens on Everything? 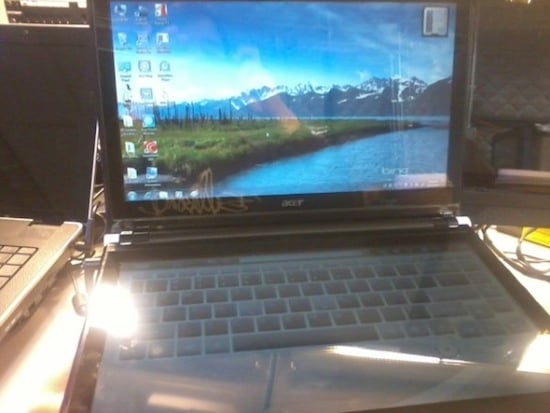 When the iPhone first came out, people were shocked by the on-screen keyboard. “It won’t work,” they said. “It won’t be accurate,” they said. Here we are 3 years later, and not only does it work, it’s spawned a series of touchscreen keyboards seen in all sorts of Apple products, and now it’s trickling into the laptop market as well. Pictured above is an Acer laptop with dual touchscreens, rumored to be coming soon. You’ll notice the second screen is a giant keyboard. Looks like touchscreen works just fine, huh?

But do we want touchscreens on everything we have? I like it on my iPhone and iPad because of its ease of use and portability. It makes both devices thin because they don’t need second keyboards. Yet on my iPad, I have used a Bluetooth keyboard on occasion because it’s just faster. Without a tactile response, it can be difficult to hammer away creating that next great novel, unless you want a book fraught with spelling mistakes.

I don’t think that the laptop is the best place for a touchscreen keyboard. I like my keys. They’re tiny, have a short throw, and I like how they work with my computer. It’s comfortable, really, and I don’t think a touchscreen keyboard in its current state fits the bill. Now that’s not to say that technology won’t change my opinion in the future, but for right now, I think I’d rather keep my physical keys – on my laptop, at least.