Deja Vu: Apple Rumored to be Producing iPod Touch with... 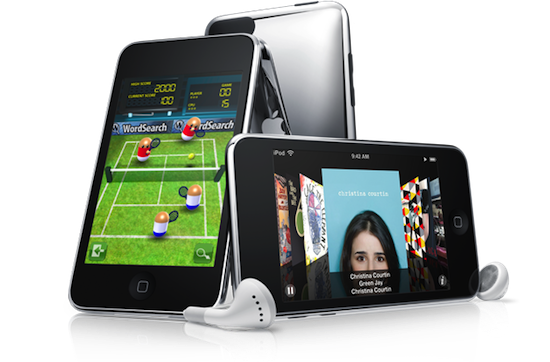 It’s July 9th, but it’s just a few weeks from the annual September Apple iPod event, when all the new goodies are announced to the world. So what’s the big announcement this year? According to CNet, a FaceTime-capable iPod Touch. Hmm … Sounds familiar.

Rob Hennessy, the audio and telecom buyer for U.K. retail giantÂ John Lewis, said this week at a company event focused on the holiday-shopping season that the updated iPod Touch will be aimed at teens and kids.

Several U.K. tech blogsÂ reported HennessyÂ as saying that the next iPod Touch will mimic the iPhone 4 by including a 5-megapixel camera, a flash, HD video recording, and a gyroscope. He also reportedly said that new iPod Touch will includeÂ FaceTime, Apple’s newÂ video-calling feature.

Translation: This is all speculation and conjecture, and we have no hard facts. to back this up.

That doesn’t mean that it’s not happening, however. The iPod Touch is an iPhone minus the cell phone portion. That means there’s enough room for a front and rear facing camera, no sweat. Plus there’s already Wi-Fi in the thing, so that’s not an issue either. Really, the cameras are the only thing stopping it from becoming a FaceTime machine.

Guess we’ll find out in September.