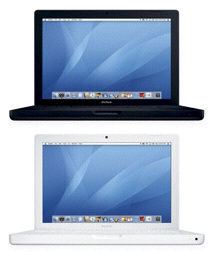 2006 is the year of the laptop for me. After several years of living by on company-issued laptops, then purchasing a low-end used laptop myself when I went freelance, I finally got to push myself into buying a new laptop this July, which was an entry-level Compaq Presario V2000. I really wanted a MacBook, but that didn’t fit my budget at that time. Then there’s the PowerBook Pismo I was able to acquire for close to nil this August. Good enough!

A couple of colleagues of mine also went on their respective laptop shopping sprees almost the same time as mine, and snapped up more powerful Core Duo and Core 2 Duo machines. They wouldn’t go for anything with integrated graphics. It had to be discrete (from either ATI or NVIDIA), and it had to have at least 256 megabytes of video RAM. They chose to go with buld-to-order ODM/”whitebox” models rather than the major brands. To them, it’s a choice of specs/performance over brand/design, and they preferred to have full control of what peripherals their laptop featured.

I could understand that it’s because of our respective needs. I’m a writer, and my colleagues are developers and designers. They’re quite the avid gamers, too, hence, the need for discrete graphics. I could probably find a need for blazing fast graphics with a discrete GPU and non-choke multitasking with two processor cores sometime in the near future (meaning when Power-hungry Windows Vista comes), but I couldn’t bring myself to justify the added cost right now. Hey, I got the Presario for less than half the price my friends got their higher-end laptops. And the Mac? The cost is almost negligible–I practically just resurrected the Pismo from the dead. Now it runs Tiger pretty decently. So I can say I pretty much got a good deal.

Thing is, I’d been goading people I know to go for Apple computers (especially laptops) for the longest time, particularly considering the price of the MacBook–which his even tad cheaper than the Windows-based laptops my good friends bought. Sure, comparing the specs, the MacBook would be lagging behind. But with some added RAM and perhaps a hard drive upgrade, it would already be on par performance- and price-wise, except probably for the discrete GPU (here’s where the more expensive MacBook Pro would excel).

However, the tech evangelist that I am, I have a low batting average when it comes to convincing people to get a Mac. One reason they cite for sticking to PCs is that they’re power users, and that Macs just wouldn’t satisfy their need to control just about everything that goes under the hood, in terms of hardware.

They reason that while Macs today can run Windows (which gamers would require, since most popular games today are Windows-only), one would be limited when it comes to having a choice of processors, hard drives, graphics adaptors, sound cards, and even the motherboard itself. You have a plethora of manufacturers and parts to choose from when you’re building, upgrading or modifying a PC. With a Mac, you generally have to stick with Apple-provided or approved hardware.

So does this this mean that Macs are, indeed, not suited for the power users? 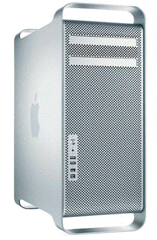 I wouldn’t exactly say so. This is because in general, Mac and PC users have different definitions of what it is to be a power user. Here’s something I found on LEM that’s been up for a few years now, but which I think still hits it right on the mark when it comes to defining the “power user” from a Mac and PC perspective.

We tend to define “power users” differently in the PC and Mac camps. In the Mac world, we consider power users to be the people who do a lot of Photoshop or video editing, and sometimes the serious gamers with tweaked out systems. We define power users by their applications more than their hardware.

In the PC world, power users run fast Pentium and Athlon processors, which are overclocked more often than not. They choose their hard drives, video cards, and other components based on performance. The goal seems to be having the best hardware, not productivity.

Using cars as an analogy, PC hardware users build tricked out hot rods while Mac users buy production cars and trucks to get the job done.

It’s all about the applications, and it always has been so. It’s in how you use your computer, and not how powerful it is, that makes you a power user. You can have a top-of-the-line four-core Mac Pro, but if all you use it for is some web mail and document editing, then I doubt if you can be called a power user. In the same light, you can own a G4 Mac Mini, but if you use it to edit videos, manipulate photos, and even manage your servers using the command line, you would be considered a power user. 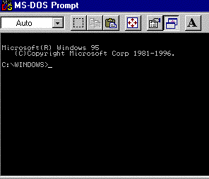 Also, there’s this argument that Macs are for dummies because Apple computers through history have been comparatively easier to use than PCs (what an understatement, huh?). When PC users were running programs through a DOS command line in the 1980’s, Macheads were already using point-and-click graphical user interfaces with mice! When Windows users had to learn to tweak their registries and use DOS commands to fix their computers when they screwed up, Mac users could still count on the GUI to do all that.

However, with the introduction of OS X, this changed because of the UNIX-like nature of the operating system. Mac users thus began to enjoy the best of both worlds–the cool, intuitive graphical interface on top of a BSD core. And if ever there’s a need to tweak the innards of OS X, then there’s always the command line. Now beginners won’t have to deal with tweaking registry keys, and advanced users have that familiar command line to play and hack with.

It’s All About the Person 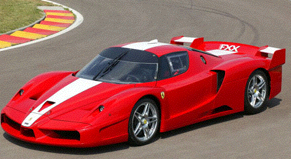 I would say that being a power user is also about the productivity. If you can get the most out of your computer in terms of work done, no matter the specs and the speed of the machine, then I would say you’re a power user. But if you have the fastest and most powerful machine in the world, but don’t know how to make heads nor tails out of it, then sorry–your computer is just another white elephant.

Still, command-line or not, Windows or Mac, I would say the definition of a power user should always be based on the person and not the computer. To expand on LEM’s car analogy, a power user would be like a race between Michael Schumacher driving a Volvo station wagon and an inexperienced driver on a Ferrari. Schumey has the driving prowess and skills to finish the race and get pole position at that (all while enjoying the view), while the newbie will most likely crash his speedster less than halfway through the race.

So who’s the power user? Look not under the hood, but behind the wheel!