Day at the Beach? Make a Sand iPhone

So, you’re at the beach. You see some dude walking around with an iPhone, and scantily clad women are continually coming up to him and asking to see how it works. He is a hit with the ladies…you conclude it is because of his iPhone…you do not have an iPhone…so you think quickly…what’s the next best thing you can do? 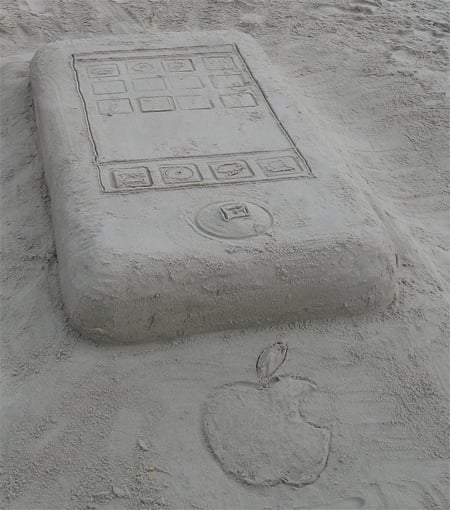 You stand next to your sandy iPhone creation for hours and are mocked by the same scantily clad women that were so into the other dude’s iPhone…then you realize, they were actually going after him because he looks like a model or pro athlete, and you have Dorito chips stains on your fingers, and a “Han Shot First” t-shirt you’re wearing because you think black is slimming.