BlackBerry Desktop Software for Mac Is Out!

by Lia Espina 13 years ago8 months ago 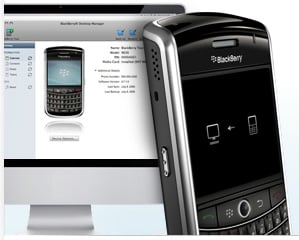 I’m a little late on the news but for those who aren’t aware, Research In Motion (RIM) has recently developed and released a BlackBerry Desktop made specifically for Mac Users last Friday, October 2. It’s about time. iSync is good, but there’s only so much you can do with a sync manager that isn’t specially made for your specific phone.

With the new BlackBerry Desktop Manager, you can easily and smoothly sync data from the different Mac applications like iCal, Address Book, Microsoft Entourage to your CrackBlackBerry. You can also install software updates for your BlackBerry with the new desktop manager, as well as add and remove applications.

You can also easily sync the music, complete with album art and song information from your iTunes to your BlackBerry as well. (And that’s probably the biggest plus, imo!)