There are a lot of Sudoku options for iPhone owners. All of them have a varying level of quality to them, but one of the ones I was looking forward to trying the most was Freeverse’s “Big Bang Sudoku”. 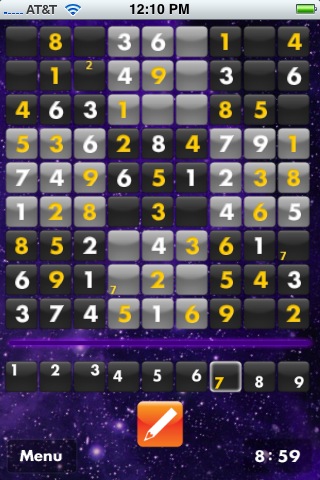 The answer is a resounding “yes”.

Big Bang Sudoku has a cosmic feel to it that adds an extra bit of pizazz to the game’s presentation which become immediately obvious when you launch the app. You’re greeted by a slowly moving space back drop, then the opening menu zooms towards you. After you make a selection a sun god character pops up with a snarky one-liner or two (you can turn him off in the preferences if you find him annoying – I didn’t). 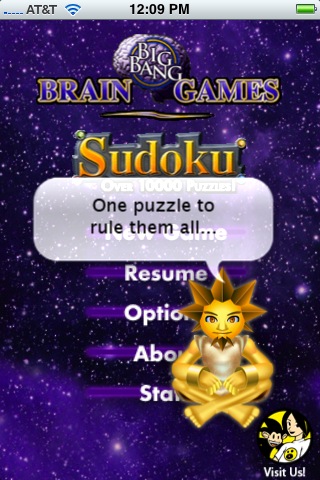 You’re then taken to the Sudoku game which is presented much like the desktop version and the previous web version. Everything flows smoothly, and is accompanied by great sound. 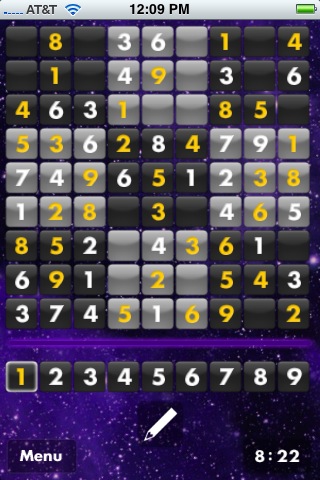 The game itself plays just as you would think it should. You can switch between placing numbers temporarily in square you think they might go, to making your permanent decision on where they should be, and you can even turn the option on to alert you when you’ve made an incorrect move.

Sudoku is a fun game that is ideal for the iPhone, and Freeverse’s “Big Bang Sudoku” is the best version I have played on the device yet (and there are MANY to choose from). As a result, I’m proud to say that we’re awarding our very first “Editor’s Choice Award” for an application to “Big Bang Sudoku”.

It’s a great iPhone application, and if you like Sudoku, this is the one to buy. You can get it in the App Store right here, or visit Freeverse’s official site.