Stranded behind enemy lines the player must hold off the swarming attacks of the Huggable Bearsâ€™ battalions! The cute pink devils look to hug Oliver, the player/Teddy Bear, to death. 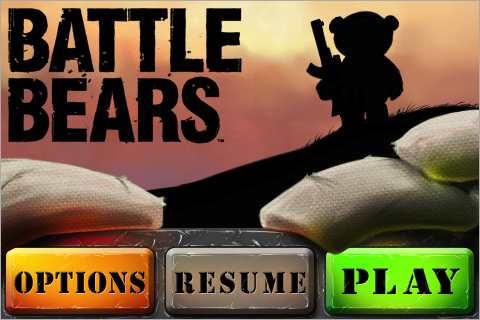 The â€œBattle Bearsâ€ game is on sale for 99 cents, for the holidays, and a free version is also available to start repelling the menacing hugs immediately. Both versions are addictive and fun. The App is an outstanding graphic achievement, and is also funny as hell.

In order to fight off the ruthless hugging armies Oliver uses his rifle and crossbow to blast off the horrid pink heads, spilling their rainbow blood. The player fortifies himself behind sandbags and resumes a position taking down the enemy as they make their approach over the surrounding hills. 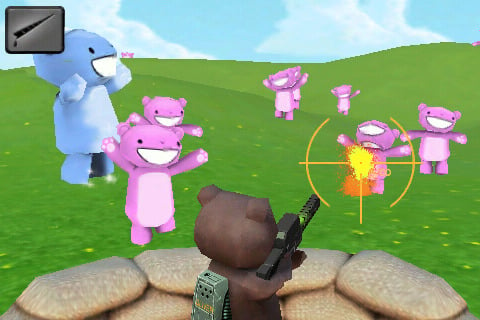 This game is a must have! The sound, visuals and gameplay offer a â€œCall of Dutyâ€-like experience. The command center even radios in orders to stay put and vanquish the Huggable Bears, before an extract point can be made to get Oliver out of enemy territory. Before he can leave, the colossal bears, varying in size and numbers, must all be destroyed; this feat then unlocks new weapons, like bazookas and chainsaws.

When the music blares and the onslaught of dozens of humorous pink bears get close, Oliver can tap the screen to aim with one thumb and tap the screen again with the playerâ€™s other thumb to easily send piles of bodies flying through the air in the nick of time.