Apple’s iPhone 5 to Use New Nano-SIM 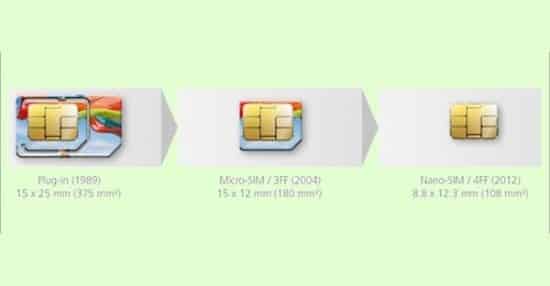 Apple has officially unveiled its worst-kept secret, the iPhone 5, at an event held today in San Francisco. The iPhone 5 looks gorgeous with a longer form factor and I’m pretty sure everyone’s already thinking of ditching their present smartphones and springing for the iPhone 5.

But before you do decided to go for the iPhone 5, you have to know that it’s not going to be an easy transition for practically all smartphone users out there. The reason? Your SIM will not be compatible with the iPhone 5.

The iPhone 5 carries a lot of new features and one of them is a new sim slot that will only accommodate the new nano SIM. So what is the nano-SIM? It’s a new SIM format standard that is significantly smaller than the present micro-SIM standard. In fact, the nano-SIM is 40 percent smaller than the micro-SIM. Although it will be the same thickness as existing SIMs at 0.67mm, the nano-SIM will only be 12.33 mm by 8.8mm in size.

The nano-SIM format standard is close to the specifications that Apple suggested to ETSI as the standard for the new generation of SIMs. Other manufacturers like Motorola and Nokia have proposed their own versions of  small SIM that will replace the micro-SIM but these were rejected in favor of the nano-SIM that is now making its official appearance on the iPhone 5.