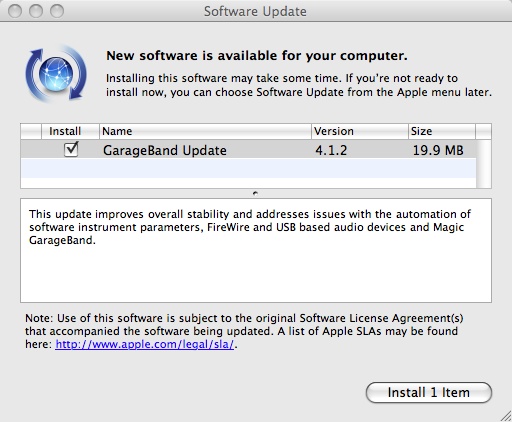 Yesterday Apple released an update to Garageband which should increase the stability of the application, and add additional compatibility with USB devices.

Apple also released an update to Aperture, improving stability and a number of other issues relating to publishing to .Mac Web Galleries, the generation (and deletion) of previews, AppleScript, keyboard shortcuts, how metadata is presented, and watermarking, among other things.