Apple Says ‘No More New Products Until Next Year!’ 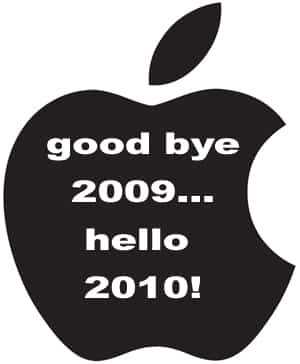 Phil Schiller, Apple’s senior vice president of Worldwide Product MarketingÂ  has said that Apple will not introduce any more products this year, according to Gizmodo.

Well, thank the geek gods. I don’t think I can handle anymore new Apple product announcements for the mean time. And I don’t mean that in a bad way. At least you can be assured that if you buy an Apple product now, you have around 2 months or so to bask in it’s glory before new models come out and yours become fairly obsolete.

Last year, the new Mac Book Pros were released around early January. If there’s any truth in the rumors about new MacBook Pro models (identified as 6,1 and 6,2) coming out, then we might be seeing announcement of these so-called MacBook Pros by January 2010.

As for the rumors about a Apple Tablet, you might as well stop holding your breath for the mean time since I don’t think that this product will materialize any time soon.