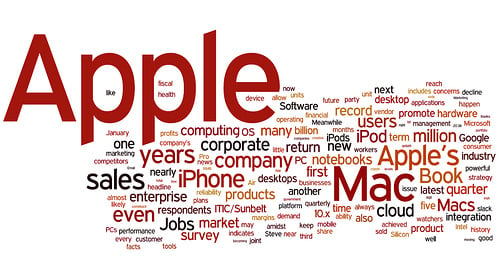 Apple reported that from the period covering April to June, it has sold 17 million iPads and 26 million iPhones. That kind of second quarter performance is something other companies will kill to achieve, but for Apple those figures were considered a disappointment, as it fell short of the expectations by Wall Street analysts. The “lackluster” performance in Apple’s sales has resulted in Apple’ stock going down from $600 to $567.

Based on previous figures, iPhone sales increased by 28 percent compared to the same period last year. But the second quarter figures are significantly lower compared to the sales for the first quarter, when Apple moved 35.1 million iPhone units.

The iPad performed a little better with the market leading tablet selling five million more tablets in the second quarter compared to the first quarter of this year. Apple also sold 6.8 million iPods, a ten percent drop compared to the same period last year. For Macs, the company sold 4 million computers, a two percent increase from last year’s figures for the same quarter.

Apple has attributed the dip in iPhone sales to consumers holding off from buying one because they want to wait for the iPhone 5 to launch. Rumors abound that it is going to be launched this fall. Apple has also cited the slow world economy – mainly affected by the economic crisis in Europe – for the less than stellar sales. Of course, “less than stellar” is still a relative description since these sales figures are still surprisingly strong taken on its own.