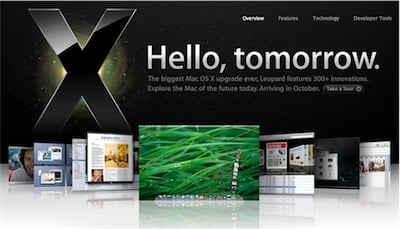 Apple briefly made a mistake on their site yesterday, saying that OS X Tiger would ship on October 26th, instead of “within 24 hours”.

October 26th has been a long rumored release date for the product, but the only problem is that Leopard has yet to be certified Gold as far as we know. With that in mind, even if they did it today – could they really get thousands upon thousands of copies of Leopard duplicated in time to hit that ship date?

Who knows…I’m just hoping to get the darn thing sometime in 2007.