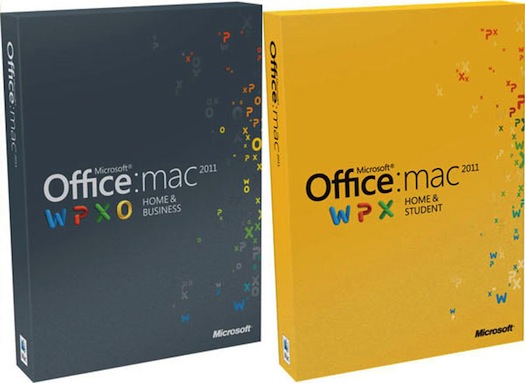 A few years back, I went to the Apple store at my nearby mall and bought a 13-inch white MacBook, and a copy of Microsoft Office 2004. It was my security blanket, helping me make the transition away from the world of Windows, and it cost me a few hundred dollars. When Office 2008 came out, my office at the time converted to the program, and it was horrible. Not only did it crash all the time, but I always had problems. Entourage would crash frequently, Word was almost unusable, and the only positive point of it for me was Excel.

I approached Microsoft about this a few weeks back, and was sent a reviewer copy of Microsoft Office 2011 for the Mac for review. I’ve spent some time with it now, and it’s time to make the call: Is Office 2011 an improvement over Office 2008 or just another program that falls short? Â Find out after the break.

Let’s take a moment and discuss how I use the Office suite, and what works for me. First, I don’t use PowerPoint. I have no need to do a presentation for anybody, so I wouldn’t even know how to test the program even if I wanted to. So let’s just accept the fact that PowerPoint isn’t going to be a part of this review, and move forward from there.

Second, I’m aÂ writerÂ who loves to make spreadsheets. I know, that doesn’t make sense, but it’s how I live. E-mail is also a part of my daily routine, and I’m not a fan of Apple Mail. It works, but it’s not the best thing I think for the way I operate. The combination of these two things makes me a pretty big candidate for Office 2011.

Generally, two broad statements can be made about the Office 2011 suite. First, they all look better. They’re brighter, shinier, and just genuinely prettier, which is a cool visual impact considering the drabness of Office 2011. The other thing is that they all look cluttered.

See, each program uses this thing Microsoft calls the Ribbon, which is a way to unify the Mac and Windows lines. It’s a toolbar that has every feature packed into one area, making it easier to use the program. Problem is, it also clutters up the workspace, and gives the users multiple ways to do things. It’s confusing. That said, it’s not that bad with every app. It’s there in Word, which is handy for making quick formatting changes, something I use quite frequently. But in Outlook, it’s full of unneeded items that I just don’t use. Sure, reply and forward are there, but So is Rules, Categories, and the Send/Receive function, which is also located in the toolbar right above. It’s redundant, and weird. Fortunately, the display is somewhat customizable. You can remove the ribbon, the toolbar, or both, giving the programs a minimalist look. That’s a good thing, although it causes some issues with usability, leading me to a “damned if you do, damned if you don’t” situation.

That’s really my big issue with the suite in general. Otherwise, I’m pretty happy with what Microsoft has done to improve the product line. Excel uses Macros from what I understand (I don’t use them myself), and Word rarely crashes. In fact, in my few weeks of using the suite, I haven’t had any programs crash at all, which is pretty impressive when compared to Office ’08 which failed more than a high school stoner.

But there’s anÂ intangibleÂ aspect to this whole thing as well, which is the usability factor. I just enjoy using Word and Excel, much more than I expected to. I do still prefer Pages and Numbers over the two, but I no longer dread having to open a Word doc in Word because of fear it crashes, and I like using the programs. I gave Outlook a shot, and it just wasn’t for me. Since Outlook is the real deciding factor in choosing between the Home/Student edition and the Business edition, you can save yourself $80 by not getting the bundled e-mail. Maybe you’ll like it, but for me, I found it slow and just awkward. I can’t tell you how many times I saw a little “1” badge in my dock indicating a new e-mail, just to swing over and discover that Outlook still hadn’t loaded up the file. That’s frustrating, and why Outlook is my least favorite part.

The price is pretty shocking as well. It used to be $399 for Office 2008, and now we’re looking at $199 for the Business edition which is as fully loaded as it gets. That’s pretty good considering, and quite a turnaround for Microsoft. Frankly, it’s a welcome addition.

So what does this all mean? If you’re an Office user, and you really need it for your work – be it as a security blanket or whatever – then it’s officially safe to buy. Not only does it look good, but it performs pretty well too and looks just like its WindowsÂ brethren. But if you do buy it, go with the Home/Student edition. It’s cheaper at $119, and it doesn’t have Outlook which might drive you up a wall. For me, the writer and spreadsheet guy, this would be a great tool for me to use everyday without any problems. The real issue for me is that when my only other option was Office 2008, I turned to iWork where I found programs that were easy to use and functional. Now it’s just tough to turn back.