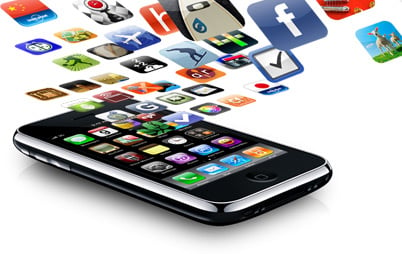 I’m not sure exactly why these stories come out, but they always do, and they never seem to get it right. I found a story from the AP today that’s titled, “Apple’s iPhone does well without being the best.” In it, there are a few choice quotes:

But whether the iPhone has the best technology doesn’t seem to be the question most people ask.

Instead, many people crave the aura of cool that iPhones seem to convey.

“When you see people with them, I’m like, `Oh, OK, they get it,'” says Jason Sfetko, a designer at Complex magazine in New York. When he sees someone with a BlackBerry, “I might think, maybe they’re an accountant or something. They’re answering too many e-mails.”

This raises a common criticism from Apple’s dissenters: Once users build their lives around the iPhone system, they’re essentially locked into buying more Apple devices. Other phones can’t connect to iTunes, which manages iPhone owners’ music, video, photos and other files. Nor can other phones run the “apps” people download for everything from online banking to crossword puzzling.

Let’s take a moment to talk about why the iPhone does so well.

When the iPhone first came out, I wasn’t interested. Small capacities, no MMS and I hated the black bar at the bottom. I stepped up when it became the iPhone 3G, and most of those things were resolved. My goal was to reduce the number of devices that I carry around on a daily basis. I used to find myself leaving for work with my BlackBerry Curve, my iPod and my laptop. I’d plug the iPod into my stereo on the drive to work, then listen to it while I was doing the 9-5 thing. By getting an iPhone, I stopped carrying my iPod everywhere, and gained that extra freedom.

I have not found a better music management system for me than iTunes. I know there are other alternatives, but not only does it sync with my iPod, but it makes the system easier. I don’t need added stress in my life. When I used Windows Media Player for all of my music on my PC, it sucked. I had to reinstall my music at least twice, which as many of you know, sucks. I tried all sorts of different things and for me, iTunes works best. And since my iPod and iPhone sync so smoothly, it makes things simple.

As for the Apps, well that’s not a uniquely Apple thing. I could buy Apps for my Curve, but not only was it complicated to do, but I couldn’t find any of them that worked well. Everything looked very MS-Dos to me, which wasn’t very appealing in 2008. Apple took the App thing and not only made it work, they made it seem like they invented the concept. They didn’t invent it, they just made it work.

So do I care that I’m now locked in to the Apple way of doing things? Well, if I ever wanted my music and movies on another system, I could burn them to a CD then transfer them to the new way of doing things. Yes, I’d lose my Apps, but that’s the way the ball bounces. If something better comes along, I may very well switch. But the fact is, as technically superior as the Droid is, it doesn’t make things as simple as my iPhone.

Ultimately, that’s what makes people stay with the iPhone, not some trap by Apple.