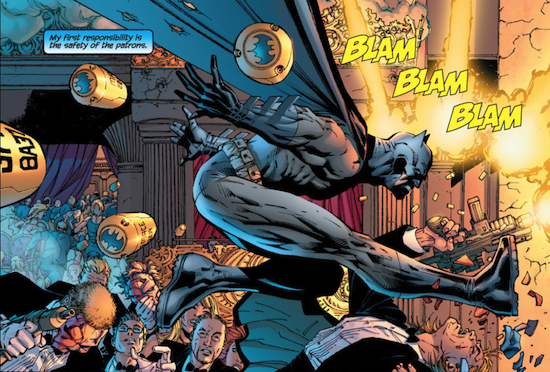 I’ve been married for two years now, and with my wife for over five. In the course of our relationship, I’ve had quite a few awkward conversations with my significant other, but sometimes, the subject can be a bit more awkward than others.

I woke up the other morning and checked my e-mail, as I always do. In there was a receipt from iTunes for purchases, which I wasn’t particularly shocked to see. After all, I do write for an Apple site after all, and I consider it research. But this bill was a bit pricier than others, and I wasn’t sure why until I looked down the list. Every single item was from DC Comics or Marvel Comics, and the total bill was $40. This was the second $40 bill that I had received from iTunes in the past few days, and both of them contained about the same amount of comics. I gulped.

The walk to my child’s room took me a bit longer than usual, as I was trying to figure out how to explain to my wife that I, her 34-year-old husband, just spent $80 on comic books. I didn’t have a good answer.

Turns out, I was right: I’m spending way too much money on something that I probably shouldn’t be buying. But the fact is, I love it.

For me, comics were a chore and a love. Every Friday, I’d hop on a city bus and head on over to the local comic book store off of Indian School and Scottsdale Road to pickup my weekly bag of goodies. I’d then take another city bus to my parent’s office, where I’d have a 20 minute walk afterwards just to get to their place. I considered myself a collector at the time, as I’d buy each comic with a bag and backer, then delicately handle them so that I wouldn’t crease or bend a page. I figured these things would be worth something someday, even though I’d later discover that it wasn’t the case.

Because of my stressing about the comics staying in perfect condition, it became difficult to enjoy them on any level. A bend in a corner would ruin my day, and I certainly wasn’t going to let too many people read them. It was a pain in the ass, frankly, and it led to me eventually getting rid of them and moving on to a new hobby.

The iPad changed this for me. Now, I get all the pleasure out of the comics that I had before, with none of the stress. My virtual library is stored on a server somewhere, accessible to me on my iPhone and my iPad, whenever I want them. No longer do I have to buy bags and backers, just make sure that I have enough storage on my iPad to hold them all in one place. It’s brought a love of comics back to me, and frankly, I don’t feel too guilty about it.

I told my wife all this, and she agreed with me. Sure, I should probably try to cut back a bit, but it was OK that I was buying comics. She knew I was a geek, so this was nothing new. With her blessings, I went back to the bedroom and started downloading another comic. I can’t wait to see what happens next.