All the Cool Stuff OS X Lion Will Let You... 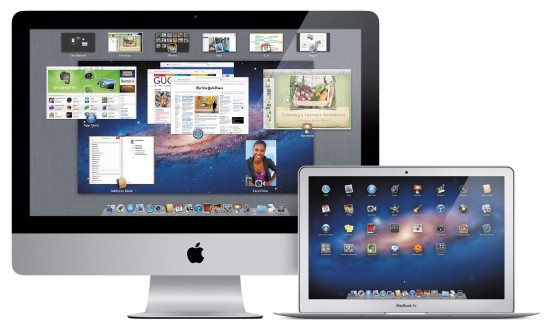 Lion is bringing 250 changes to your Mac, representing a fundamental shift in how you interact with your computer. You’ve probably heard that Lion is going to make your Mac more iPad-like, and that OS X and iOS could be starting down the path toward eventually merging into a single operating system for all Apple devices. That’s certainly possible. Let’s look at the awesome stuff Lion can do.

Probably the most profound change Lion will herald is the new feature called Launchpad. Think of Launchpad as your iPad-ish app list display. Just like in iOS, Launchpad will show all of your computer’s programs in an orderly grid that takes up your entire screen. Launchpad is accessed via an icon in your dock, just like Dashboard; in fact, Dashboard and its widgets appear to be going away, in favor of Launchpad and full-fledged apps. You’ll swipe sideways on your trackpad to see more apps in Launchpad, and you can arrange your apps any way you want, you can create folders, and you can even delete programs from your computer the same way you do on your iPhone or iPad. Many Windows users have often lamented OS X’s lack of a Start button/menu — or really, any single-click means of seeing your entire list of programs — and Launchpad fixes that problem at last.

Mission Control is a combination of Dashboard, Expose, and Spaces. It shows you everything currently running on your Mac, with a single, three-finger swipe. Which should come in handy, now that OS X will support full-screen apps. That’s right: if you maximize a program, it will take over the entire screen, no dock, no menubar at the top, or anything else to get in the way. A plethora of new multi-touch gestures will let you do things like swipe sideways to switch between open apps. Scrollbars will fade away to nothing when you’re not scrolling — and scrolling is now handled through gestures, just like on your iDevice.

Autosave and Resume are another pair of features migrating from iOS. Autosave automatically saves your progress on anything you’re working on, be it a Word document or a Photoshop image or what have you. This means you don’t ever have to worry about saving your work again — or losing it. This is a relatively small upgrade that I think is going to have a major impact on how we work. A new feature called Versions works like Time Machine for individual files, constantly backing them up and keeping a record of every change they go through, so you can revert to an older version anytime you want.Â Resume reopens apps that you’ve closed, restoring them to the exact state you were in when you left them. It will do the same for restarting your system: everything reopens right where you left it. Think of it like bookmarks for your computer.

A new feature called AirDrop works like a private, temporary LAN between you and anyone else with a wifi connection (and OS X Lion). This should make it simple to share any files with anybody you want who’s nearby. Just drag your file from your computer over to an AirDrop list that shows the recipient’s name. And it’s completely encrypted and secure. Clever.

And that’s just what’s under the hood. All of your Mac’s built-in apps like Safari, Preview, Address Book, and Quicktime Player are getting tons of enhancements all their own. Mail in particular is getting a major overhaul that makes it work more like Mail on the iPad, but with greater functionality.

One of the best aspects of Lion is that it will only set you back $29.99, even though it’s a huge upgrade — unlike Snow Leopard, which was also $29, but was a relatively minor upgrade. And here’s something surprising: you won’t be able to buy Lion in stores, not even in Apple Retail Stores. It’s a download-only release, and it will come straight from the Mac App Store. But (and this is another extra nice bit), you only need download it once to install it on all of the Macs in your house. And it’ll be available very soon: there’s no official release date, but Apple expects Lion to become available in July.