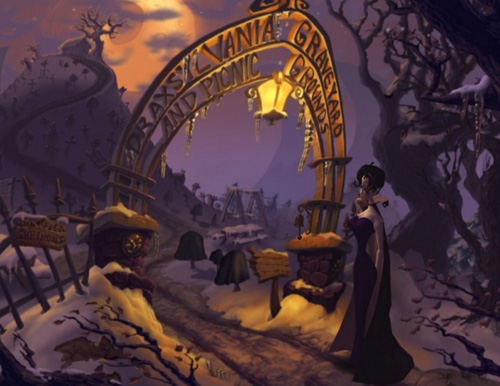 Virtual Programming has a game called “A Vampyre Story” that is coming out in a few weeks for the Mac. As you can see from the visuals here – the game looks beautiful. It’s a comic-adventure story that follows a vampire opera singer who escapes the clutches of another vampire and flees to “Draxsylvania”, hoping to reach Paris.

Gamers will have the ability to utilize vampire powers aided by a sidekick bat, and will solve puzzles to reach Paris. All in all, this looks like an interesting release for Mac – and a very well designed game, that I look forward to playing when it is released.

Pricing info is not yet available. You can find out more about the game at its official site.