You are here: Home / Mac / How to Save Time with Siri Shortcuts 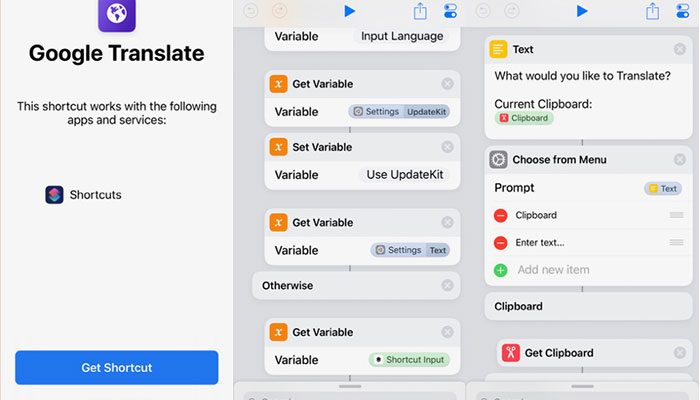 Apple has been trying to bring the power of programming to the average user since nearly the inception of the Mac more than thirty years ago. Their efforts have been hit or miss in terms of popularity, but they’ve finally brought a simple programming interface to iOS in the form of Siri Shortcuts. With proper application of the provided tools, you can simplify your digital life and increase your productivity with cleverly-designed shortcuts.

What Are Siri Shortcuts?

Siri Shortcuts are the most recent way Apple is trying to bring programming to the masses through a simplified graphical interface. If you’ve ever used IFTTT, Workflow, or Automator, you’ll find the process immediately familiar.

Shortcuts are simple programs built from actions, which are a single step in the program or task. Actions are drawn from a default collection as well as from applications installed on your device. As with Automator, the developer needs to expose this functionality purposefully. Functions are shown in blocks, which can be dragged around to reorder and sort the program’s actions.

Users can compose their own shortcuts from the Shortcuts app or install shortcuts built by other users. Shortcuts can be downloaded and installed on your device from either the in-app Gallery or from multiple user-run collections.

These shortcuts are often incredibly complex, making them a great tool for exploring what Shortcuts is capable of. When you download a new shortcut, scroll through its actions and try to decipher how it works. That’s the quickest way to learn the ins and outs of any programming language, and Shortcuts is no exception.

Once built or installed, shortcuts can be activated in a few different ways. Content can be shared to shortcuts that accept textual input through the share menu. Shortcuts can also be activated directly from within the Shortcuts app or by tapping the shortcut’s home screen icon.

Building Your Own Shortcuts

A shortcut flows from top to bottom, passing through the actions as they are encountered. Action blocks that are intended are part of a control loop, either only running in certain circumstances or iterating multiple times until a certain condition is met. These are if...then and while loops from programming languages, respectively.

Let’s start with a simple shortcut idea. We can easily write a shortcut that will ask for the most recent screenshots and transfer them over the iOS share sheet, making it easy to export a batch of images to another app or device.

1. Open the Shortcuts app and tap the plus icon in the upper-right to create a new shortcut.

2. Pull up the menu of actions at the bottom and scroll until you get to the “Select Photos” action found under the “Photos & Video” heading. Tap the action to add it to your shortcut.

3. This action has just one option. Tap the slider to turn on “Select Multiple.”

4. Search for the “Share” action and tap to add it to your action.

5. Tap the sliders icon to open the shortcut’s settings.

Give the shortcut a descriptive name. You can also change the shortcut’s icon and color. If this is an action you’ll use constantly, it can be added to your home screen as an app icon.

6. Tap “Done” when you’re ready to save the action.

The shortcut can now be run from the Shortcuts app by taping its icon. If you added the shortcut to your home screen, you can also tap the icon there to launch the shortcut.

Shortcuts are far more powerful than they let on at first. Consider the shortcut we built as an example of how the system works, and use it as a platform to explore the many other actions available in the app. As you explore further, you might notice a quirk about Shortcuts app: it doesn’t always show every available action in the list at the bottom of the screen. Instead, it tries to suggest the actions you might want next. To see all the available actions, you’ll often need to use the search tool.