Upgrade Your Mac’s Terminal with a New Shell

If you’re used to using the shell, you might have forgotten how strange it was the first time you opened Terminal. The application uses interaction rules from decades ago, with text only commands and cryptic abbreviations. For most users it’s unlike any other program on their computer. Xiki brings the shell out of the past and in to the present.

By merging the use paradigms of the graphical interface and the shell, Xiki enables greater flexibility, new commands and more intuitive interactions. It’s one of the most powerful Terminal overhaul applications out there, radically transforming the way the shell functions at even the most basic level. Let’s look at some of the changes that Xiki makes possible.

To install the Xiki shell, open a Terminal window and run the following command:

This will download and install the appropriate components for Xiki to run on your machine.

To launch Xiki once it’s installed, type xsh into your Terminal and press Enter. 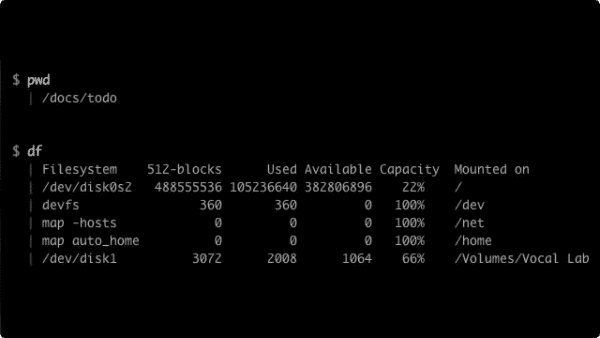 In the standard shell, commands are typed at the bottom-most command prompt. When you’re done typing, you press “Enter” to run the command. Xiki let’s you type commands anywhere, provided you prefix them with a dollar sign. Commands can then be run with “Control + Enter” or executed by double-clicking. After you’ve run a command, you can collapse its output by double-clicking its name.

2. Save commands as text files 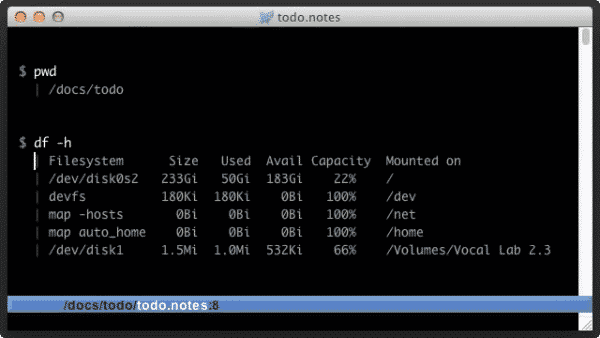 Xiki allows you to save commands and their outputs as text files. These text files can be open and run repeatedly in Xiki, simplifying the automation process. It also lets you easily share commands with other users, in a format that allows them to easily run the commands on their own workstations. 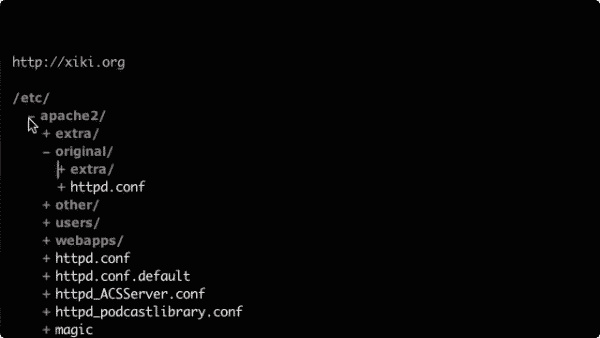 When you enter a directory in Xiki, you can navigate the directory like a graphical tree. Click on the plus button to open containing folders. Click on a folder’s name to change your working directory.

4. Run commands inside any directory 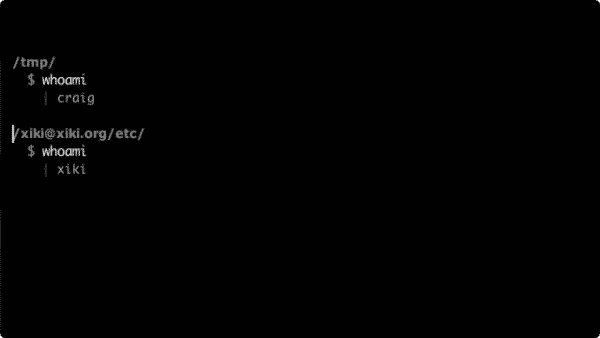 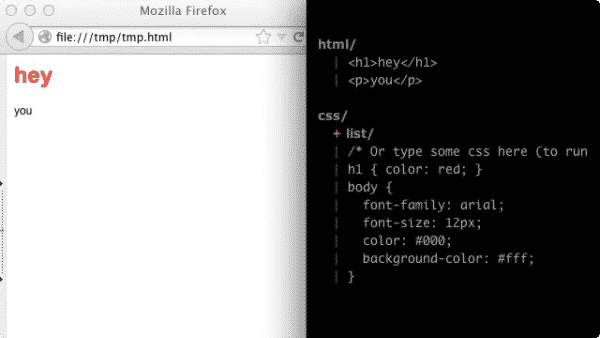 Xiki can edit and interpret HTML, CSS, Ruby, JavaScript and more. It can spawn browser windows showing your rendered HTML, and you can even navigate and live-edit the DOM from within Xiki. You can make changes to your code, which auto-updates within your browser window. While this seems like nothing more than a cool trick at first, it means that you can use HTML and CSS to create GUI-based programs and execute shell commands, all from within Xiki. 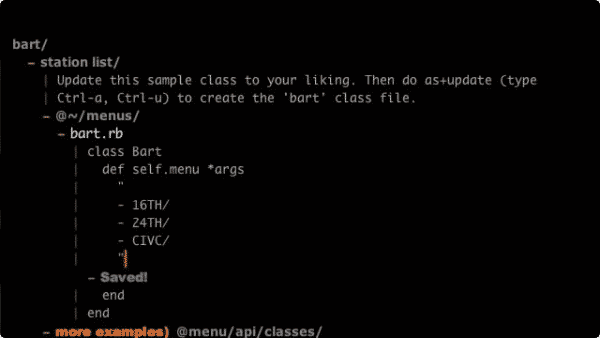 Xiki is really more like a text editor that can run commands than it is a traditional command prompt. Its name comes from a shortened for of “executable wiki” and the program lets you create collapsable menus with wiki formatting. You can use this with the last feature to create complex graphical interfaces and detailed textual organizational structures from within Xiki.

Type any string to incrementally filter command output. For example, if you use ls to list a directory’s content, you can just type “pi” to pull up any output containing “pi” without running another command. This is effectively the same as running grep with your keyboard input.

In a traditional shell, you can’t edit commands after they’ve been run. Xiki let’s you modify and re-run commands in place, or use the mouse to copy and paste commands. 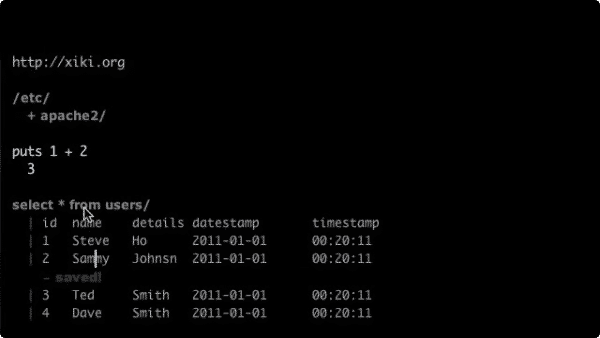 Xiki has the built-in ability to run SQL statements within your command prompt. You can search directories, edit directory entries and save them in place.

Xiki can open text files within itself, allowing you to intuitive edit and save files without opening them in another application. It uses your default EDITOR variable to transparently load your favorite text editor.

Since you can save text out of Xiki, you can use Xiki to take notes as well. This can be plain text or a combination of commands and text, and include wiki-style formatting like headings and bullet points.

Xiki can do so much more than simply execute commands and collect output. It’s a flexible text editor that can also work as a shell, display and edit code, run with JavaScript libraries, edit the DOM in the browser, navigate and edit databases, navigate commands from within your web browser and more. To learn about Xiki’s capabilities in more detail, check out the developer’s tutorial.

Getting Started with Terminal: Using Grep to Search Files