Would You Use Your iPhone as a Credit Card? 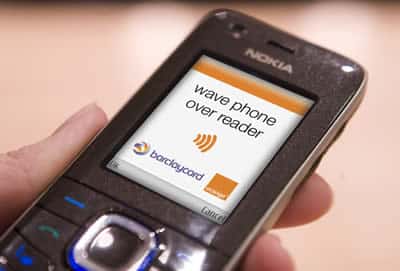 It was all over the news yesterday: Apple hired a new guy, and as it turns out, his specialty is mobile payment systems. Huh. From the New York Times:

As first reported byÂ Near Field Communications World, a trade publication, Apple recently hired Benjamin Vigier, an expert in the mobile payments industry who works with a technology called near field communication.

According to hisÂ LinkedIn profile, Mr. Vigier is now Appleâ€™s product manager for mobile commerce. Before joining Apple he worked with a company calledÂ mFoundry, developing mobile payment services for PayPal and Starbucks, and also worked on a project called the mobile wallet.

I take very good care of my iPhone, as does my wife. But I’ve got a friend of mine who loses her BlackBerry all the time. In the past year, she’s left it at a party at least 10 times, and in cabs another four. She’s seriously ditzy. But imagine her – someone who makes over $100k a year, mind you – losing her phone if it’s tied to a credit card?

Problem is, if you iPhone is connected to your credit card, you’d want to have some kind of password system to make sure that the card is secure. The longer the password, the more secure it is. Therefore, it would take more time to enter a password than it would to pull out a card.

That said, I’m all for this kind of system. I’d love to take just my phone with me when I go places and leave my wallet at home. But until they come up with something really cool and secure, I just don’t see it happening.

Of course, maybe Apple does. And that’s the point, I suppose.