Why Buy an iPhone 4? More Ram 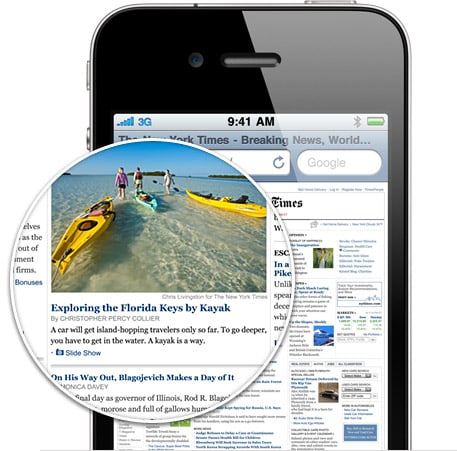 The new iPhone 4 has a lot of features that many people want, but now MacRumors is reporting on a new one that makes the phone even more attractive. Here’s their report:

We have since heard that the upcoming iPhone 4’s RAM has again been upgraded. This will bring it to a total of 512MB of RAM, twice as much as the 3GS and iPad. This number actuallyÂ contradicts tear down photos of a prototype iPhone 4 that was leaked to the internet. An analysis of that prototype device showed it only carried 256MB of RAM. The 512MB figure, however,Â does agree with a Digitimes report from May 17th that confirmed a 960×640 screen resolution, thinner display, and indeed 512MB of RAM. We had heard that Apple confirmed this 512MB figure during one of the WWDC sessions last week, and have now verified this. The session it was revealed in isÂ now available (Session 147, Advanced Performance Optimization on iPhone OS, pt 2) for registered Apple developers.

The iPad is fast, but if there’s one thing it’s lacking, it’s RAM. You can’t open up more than one or two web pages before it starts reloading them on the device. That said, it’s extremely fast, and nothing I’d complain about in a 1st-gen device. The iPhone 4 is going to have the same processor as the iPad, and now more RAM to boot. That thing has GOT to fly.