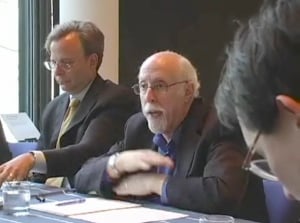 I think it’s safe to say you can wrap up the date for the 3G iPhone. It’s coming at WWDC. If you didn’t believe it when I said it (and I don’t blame you – who the hell am I?) now Walt Mossberg has gone on record as saying that the “iPhone will be 3G in 60 days”.

Mossberg is a highly respected technology journalist, and his statement, which comes in the middle of a discussion about how those of us here in the US are being taken advantage of by the companies that provide our Internet, shouldn’t be taken as someone just spouting off random noise.

I have posted the full video of his statements after the jump. If you’re interested in hearing someone speak intelligently about the future of IPTV, I highly recommend giving it a watch.