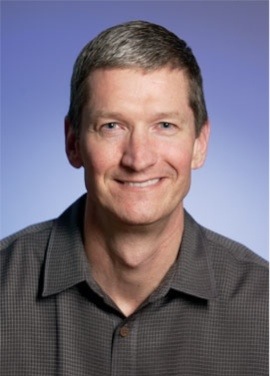 Because he COMMENTED ON A PRODUCT RUMOR.

When asked about the speculation around the “iPhone nano” Cook said, “You know us, we’re not going to play in the low-end voice phone business. That’s not who we are. That’s not why we’re here. We’ll let somebody do that, our goal is not to be the unit share leader in the phone industry. It is to build the best phone.”

So can we PLEASE – OFFICIALLY – call the iPhone nano rumor DEAD.

Cook also commented about the idea of a Mac Netbook, saying that the company is watching the space, but “right now from our point of view, the products in there are principally based on hardware that’s much less powerful than we think customers want”.

Some would argue that the success of those inexpensive machines on sites like Amazon might contradict that research, but its a clear indication that Apple is watching the space – but if they do ever enter it…it will be with substantially different material than the current machines.