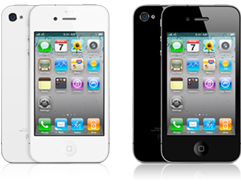 Apple is having a meeting today, and it’s all about the iPhone 4. Of course, we have the topic, but what specifically do we have to go by? A lot of speculation. First, there’s the Wall Street Journal:

Apple’s iPhone 4 has been dogged by reports of antenna-reception problems since its launch last month. The company has called a news conference to discuss the issue Friday. Apple doesn’t plan to recall the phone, a person familar with the matter said.

The Wall Street Journal has a pretty good track record with these things, mostly because they seem to have an inside edge with Apple. Then there’s TechCrunch, with their opinion:

The purpose of such a gathering would be to cut off the backlash against the iPhone 4 at the knees. TheÂ Consumer Reports flip-flop would seem to be the major catalyst here. And regardless of what you think of Consumer Reports, Apple knows that it is a brand many average consumers trust. In fact, Apple has had no problem citing it before when they rate the iPhone favorably (incidentally, the iPhone 4 is Consumer Reportsâ€™Â highest-rated smartphone, despite the non-recommendation).

So thatâ€™s what I believe this event is about. A way to pivot the message back to what Apple perceives to be the facts. Apple will undoubtedly acknowledge that holding the iPhone 4Â does affect the signal. But theyâ€™ll note once again that this is true ofÂ all cellphones. And perhaps some experts will chime in to show some results to prove this to be the case.

I was thinking the same thing yesterday, but I now have a hunch itâ€™s going to be more â€” maybe a lot more â€” than just a defense of the iPhone 4 antenna. Sounds crazy, I know, but I think something big, or at least biggish, is going down tomorrow. This isÂ not one of those â€œhunchesâ€ I get where I actually know something and play coy; I could be wrong and the thing could wind up just being 20 minutes of Steve Jobs telling us â€œnot to hold it that way, or buy a caseâ€. Iâ€™m betting on my hunch, though, and flying out late tonight.

I’m sure you’re wondering what I’m thinking. Of course you are, right?

I tend to fall somewhere in the middle. Apple should’ve quashed this thing a week ago, and maybe they didn’t because they were waiting to get 4.0.1 out like they did yesterday before they made an announcement. Regardless, this problem has to be fixed. I’ve already mapped out my ideas for fixing the problem, but just in case you need a refresher:

Hereâ€™s what I think is going to happen: Apple sends out an e-mail to all current iPhone 4 customers offering a $30 rebate that goes towards the case of their choosing or a free Bumper. Then, they retool the antenna. I think there are two fixes that keep the current aesthetic without dramatically changing the device. First, they could powder coat the stainless steel trim, probably in a clear finish so it looks the same but protects from short circuits. That should minimize the problem, although Iâ€™m not positive it will fix it 100 percent. They could also coat it in a plastic finish, which shouldnâ€™t dramatically change the manufacturing process. So future iPhone 4s have the retool, current owners get a discount or a bumper.

I stand by that statement, yet I also get that weird feeling like Gruber that says that there’s something else in the wind. I don’t think it’s free iPhone 4s for everyone or anything, but I do bet there’s some kind of amazing stretch for customer satisfaction that they’re going to do, akin to the original iPhone price drop.

Why? I think they have to do something big. By letting this languish for so long, what is, in reality, a minor problem for a small percentage of owners, has turned intoÂ hyperboleÂ and the punchline in jokes. By really going above and beyond and making everyone not just happy but ridiculously happy, I think they can repair the tarnished image of the phone and their slightly sullied reputation.

Once we get the news, I’ll post it up for all on the site.