The iPhone now Officially on Sale at Wal-Mart 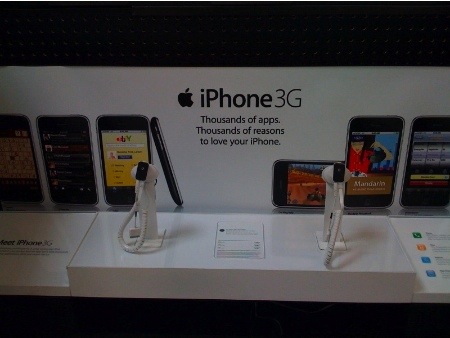 The Wal-Mart iPhone rumors have been wild, with speculation first arriving that they would be offering iPhones before Christmas, then the rumor of a $99 unit at the store surfaced as well.

Neither of those ended up being true, but the iPhone is now officially in Wal-Marts across the country. I saw this same display in my local store this afternoon. These pictures, however, come to us thanks to Eric from Dixon, CA.

Wal-Mart is offering all three iPhone models at the insane discount of…$2. 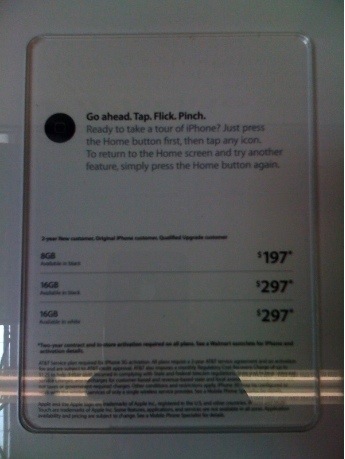 If you don’t have an Apple Store or a Best Buy in your neck of the woods, chances are you DO have a Wal-Mart near by. So this should be a nice boost in sales for the iPhone. We’ll have to wait until the units have had a little time to be in-store before knowing for sure, but I have a feeling the iPhone will sell very well there.