Steve Ballmer talks ‘Silverlight’ on iPhone (what a moron) 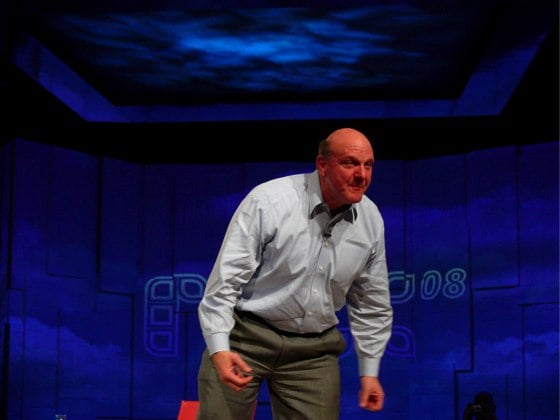 At a Keynote at Microsoft’s Mix Conference yesterday afternoon, Steve Ballmer responded to a question from the audience about Silverlight appearing on the iPhone. He said the idea is certainly “interesting.” Then proceeded to be an idiot.

He expressed concern over the fact that Apple was taking a 30% cut from applications sold through the iPhone App Store. He suggested that Apple might charge Microsoft similarly to have Silverlight on the iPhone saying: “It sure seems like they’re trying to charge a whole lot more money for it,” he said. “Maybe Apple isn’t welcoming open and royalty-free runtimes on it.”

Which, of course, is completely stupid.

Because Apple clearly stated yesterday that freeware will be available through the App Store AT NO COST TO THE DEVELOPER!!!

Dear LORD – I just wish that ONCE…just ONCE…that this man would think before he speaks!