SPECULATION: What new features will the upcoming iPhone update bring? 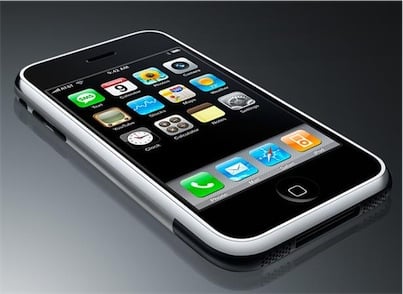 Sure, we can all talk about how all those folks that unlocked their iPhones may be screwed (and guys, I feel sorry for you if it happens – but don’t say I didn’t warn you), but – instead – let’s talk about another interesting part of that little announcement from Apple yesterday:

Apple plans to release the next iPhone software update, containing many new features including the iTunes Wi-Fi Music Store (www.itunes.com), later this week.

Is the iPhone getting primed for a holiday-timed software overhaul?

Looks like it. So – just what can we expect to see from this software upgrade? Here’s my moderately educated guesses:

1) Wi-Fi iTunes Store – that’s the only thing we know for sure.
2) MMS – Seems kind of stupid that we don’t have it already, and some iPhone users have been getting emails about it – so…maybe.
3) iChat – It’s already appeared on AT&T Questionnaires – so it seems likely that we’ll see it as one of the “many”
4) improved Safari – I hope so, because it’s been crashing on me quite a bit recently
5) Copy and Paste – I sure hope so. Copy and Paste is probably my most wanted feature – ahead of everything else on this list.

So, those are my guesses. What do you think?