RUMOR: Blackberry Storm to be priced higher than iPhone 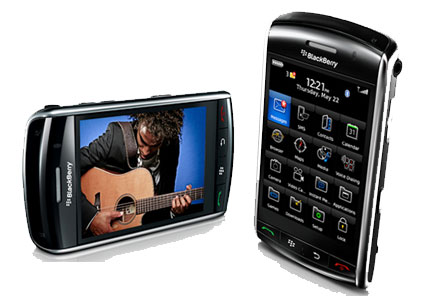 Now that companies have had time to really think about how to respond to the iPhone we’re starting to see some true competition emerge.

The T-Mobile G1 is certainly a contender, and another device that has everyone talking is the upcoming Blackberry Storm. The device is RIM’s answer to the iPhone, and there has been quite a bit of buzz about the device.

Electronista managed to grab a screen capture of a Verizon website (which has since been removed) that reveals the price of the device to be $219.99 with a two-year contract. It can also be purchased for $290 with a one-year contract, and $520 without a contract.

The phone has a few technological advantages over the iPhone, such as a 3.2 megapixel camera and both CDMA/EVDO and GSM/HSPA in the same device…making it available to carriers that the iPhone cannot be carried on due to Apple’s exclusive agreement with AT&T.

Those few advantages can easily be counter balanced by the device’s reduction in storage, lack of a robust development community, and more. It’s an unending debate that fanboys on both sides are willing to throw off the gloves and come out swinging for.

This pricing news, however, is going to make it difficult for RIM to catch up to the iPhone. We hear time and again that the G1 and others may affect iPhone sales because they are priced under the device. Even with Blackberry’s brand awareness – there is very little chance that they will dominate the iPhone while being priced substantially higher.

We’ll see – the competition is heating up, and that’s great news for iPhone owners, Blackberry owners, and G1 owners – because competition is the key to innovation…and I’m betting we’ll be seeing a lot of that in the coming months from everyone.