by Michael 15 years ago3 months ago
1 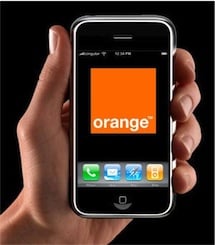 MacNN and others are reporting that Orange has sold 30,000 iPhones in 5 days in France. What’s more interesting is that half of those were sold unlocked, or without a contract. It clearly indicates that French iPhone customers are willing to pay more to not be bound to that contract.

Interestingly, even though half of the iPhones sold were not tied to a contract, 80% of the iPhone sold did have Orange plans attached to them. So even though customers don’t want to be locked in, they are willing to use Orange for their service. 48% of that 80% were new customers too – so Orange, as you can imagine, is very happy right now.

Will this ever mean anything to us here in the States? Probably not, but I think it would be interesting if the iPhone was sold unlocked here for a premium. I expect the same thing would happen, and that most people would stick with AT&T on it.