My WWDC Predictions – How Accurate Were They? 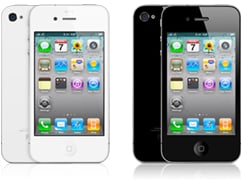 Well, we knew it was coming, but as of today there is a new iPhone in the midst. It’s got a radically new design, more features, and more glass. Yesterday, I went out on a limb and projected what I felt would be the big announcements of the show. Was I right? Let’s find out.

Of course this is about the next iPhone, because every year around this time we get a new phone. Gizmodo found a prototype, but the big issue here is whether or not the prototype they found is the one that goes to market. Hereâ€™s how I see it:

A lot of people are saying itâ€™s going to be called the iPhone HD, but I donâ€™t think thatâ€™s realistic unless it has at least 720p resolution. That is doable, but whether they stick the HD moniker on there is anybodyâ€™s guess.

Well, I was correct about the cameras – both of them – and the screen. But the name, not so much. I never figured iPhone 4 would work, because it just seemed so boring and sets a badÂ precedentÂ – “Can you wait to buy an iPhone 14?” – but here we are. Maybe next year we’ll see an iPhone HD.

Multiple outlets are saying that MobileMe is going free this year, which would really piss me off since Iâ€™m renewed until Oct 2011. But there is some merit to the rumors, and frankly, I think itâ€™s a very real possibility. The talk is ofÂ tieredÂ pricing, which would make paying customers happy and new ones even happier. I think some kind of MobileMe announcement is coming, Iâ€™m not positive itâ€™s going to happen today.

Nope. Not even mentioned. It could be coming up soon, however.

AppleTV Gets an Announcement

My gut is telling me that something is happening with AppleTV today. This comes on the heels of a rumor reported byÂ Engadget, about the AppleTV going to the cloud for storage. Could it be announced at WWDC or will they wait until September?

My man-panties got all twisted up when I heard him say “One more thing …” but as it turns out, it was nothing to do with AppleTV. I’m still holding out hope for an AppleTV announcement soon. Please.

Well, I was 1-3 overall, with all of my predictions hitting the mark for the iPhone sans the name. Looks like I should stay out of the psychic business.