Blinged out, crazy expensive iPhones are nothing new. Last year, we even heard of the Black Diamond iPhone 5 which was priced at $15 million! Since that much money is unreal for most people, I suppose this new Million Dollar iPhone is more reasonable. 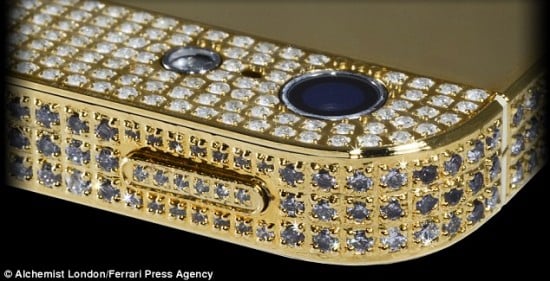 Jewellers Alchemist London have created the Million Dollar iPhone, which has a 24-carat gold bezel – handmade, of course. But more than that, the iPhone is studded with 700 individual diamonds, which totals more than seven carats. I bet a bride-to-be would want this phone more than a single engagement ring!

Aside from the crazy number of diamonds used to make this iPhone, the amount of time spent on this creation is just as insane: seven months. Considering that the iPhone is already “made”, seven months is rather long to put a “little” bling together, don’t you think?

It is an eye-catching phone, though, isn’t it?

It’s not my style, but that’s just me.

For a million dollars, you’re getting a little bit more than just the phone. 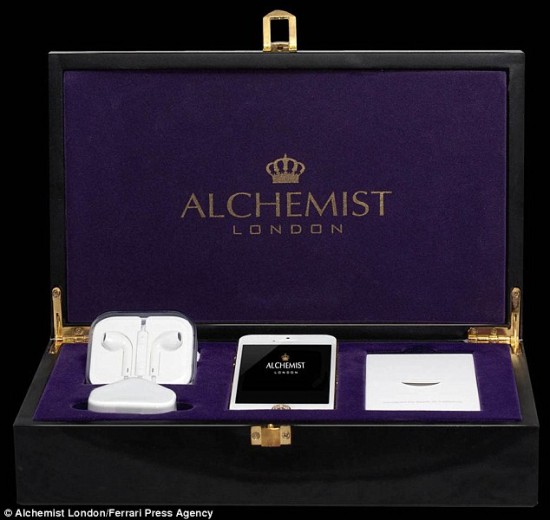 You get this boxed set, with the usual iPhone accessories included. As expensive as the phone is, there will only be two sets sold, so if you are interested (and have the money to spare), visit the-million-dollar-iphone.com and gold-alchemist.com to express your interest.