Is the iPhone a complete computer solution for the 60+... 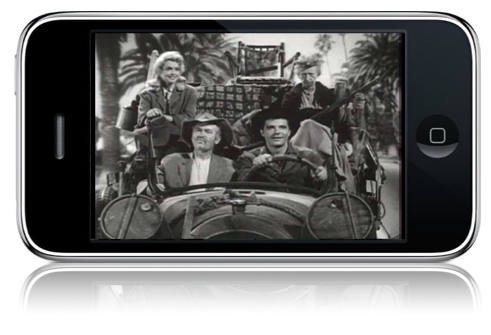 I had an interesting conversation with my father yesterday. I was trying to explain to him the idea that I had for an application for the iPhone. It’s a simple idea that I thought would be easy for him to understand, and it was just one part of the larger conversation we were having.

You see, my father isn’t a techie. In fact, he doesn’t have an email address, he has never gotten online in his life (to my knowledge, anyway), and I’ve seen him operate a mouse…which wasn’t something he was a natural at. I’m not making fun – I’m just trying to be clear – he’s not a computer user. Not in the slightest.

He’s not even someone that is interested in technology. He’s not afraid of it, or against using it – its just not something he cares about. Most of the time when I talk about work and whatever I’ve been doing during the day he patiently listens, and then informs me that while he doesn’t have a clue what I’m talking about – it sounds like everything is going well.

Yesterday, however, I could hear the excitement in his voice when I was talking to him about this application. We then moved on to talk about what the iPhone is and how it works, and he became really, genuinely excited about the device.

He’s coming into town on Thursday, and says that he “can’t wait” to see it. I’ve been to his house many times with my iPhone in my pocket, but it never occurred to me that he’d actually care about it. After that conversation though, the thought dawned on me…the iPhone could be his entire computer.

My Dad hates using a keyboard and mouse. It’s just not an interface he finds in any way engaging, but the idea of just touching the stuff you want to do is really appealing to him.

Since all he would really ever use a computer for is email, and a little light internet surfing, it seems like the iPhone might be an ideal choice for him. It’s cheap, he can carry it around in his pocket, and it would cover both his phone and his Internet bills.

My only concern would be the size of the text in certain applications…but other than that, I can’t really think of a reason this would be a bad option for him as a computer solution.

What do you think? Is the iPhone a computer replacement for casual users? Is the design more intuitive for old people who aren’t computer users?