Is Jailbreaking Worth the Effort and the Risk? 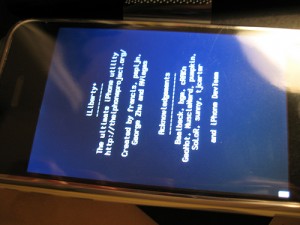 Any owner of an iPhone has heard of jailbreaking, especially in theÂ news. Apple has been vocally against the practice, seeking court injunctions against it and third-parties that encourage it. However, the courts have ruled a number of times that there is nothing illegal about jailbreaking any Apple product.

But you might still have a couple of questions. For example, what is jailbreaking and is it really worth it?

You may have noticed that Apple’s iOS (the operating system used in devices) doesn’t allow you to get any app that isn’t specifically provided through the iTunes store. This is part of their restrictive policies of limiting the source of content, one that has been called questionable by many who believe that once you purchase a product, you should have control over what you use it for.

It is for this reason that certain third parties began creating applications that broke through the coding protections on the iOS so that people could start downloading anything that was offered in other stores or websites. In order to run any software not authorized by Apple and sold in iTunes, you have to jailbreak your device.

Is It Really Legal?

According to US law, there are two different processes for protecting business rights and copyright. The two are not protected under the same heading, which was pointed out by Columbia University Professor Tim Wu back in 2009, when jailbreaking software began appearing online.

Therefore, Apple’s assertion that they were protecting copyright by locking users out of downloading content from other providers was invalid. Many accused them of trying to keep a monopoly on content, as many apps are paid and many others profit through advertisement.

In the end, the court’s agreed. In 2010, the Supreme Court ruled thatÂ jailbreaking was legal.

Is It Worth It?

The iTunes store has the largest available library of applications on the web. There are hundreds of thousands to choose from, and a number of those apps are free. Others are low cost, and most are a one time fee for continual use. This means you have your pic of features to install on your device without needing to jailbreak it.

In addition, versions for various brands such as Android and Blackberry have been created, which include the iPhone or iPad in their list. Those that aren’t have alternatives that do essentially the same thing, with similar functions and features for Apple products.

However, if there is a specific program you want that isn’t available, you will have to jailbreak in order to gain access through the protections on the iOS. In that case, it is worth it. But most users will find it unnecessary to jailbreak their device, and they can enjoy the apps offered through the iTunes. The main reason for using a third party is for opensource software.

Remember that there is always a risk involved. Security measures are not always strictly enforced through third party apps. There is also some malware that can infect your operating system. This is uncommon, but you should always make sure that if you do jailbreak, you take extra care to look into any apps you download to ensure they have been tested.

How Can I Jailbreak My Device?

You can find a number of programs that will do this for you. But for the current generation (and back to the iPhone 3), there are three major applications:

The most well known of all software, JailbreakMe was the program at the heart of the Apple legal battle that pioneered the use of jailbreak software for the modern user. Created by Jay Freeman of Brown University, it is free to use and easy to install. He has a PayPal donation button on the site, but it isn’t mandatory.

This software supported a tethered jailbreak, but it defaults to an untethered version of the iOS 4.3. Right now it is mainly being advertised as a break for Apple TV, but it works on any device.

While it is one of the main choices for developers, RedSn0w might not have the features for the average user. But it is still very helpful, and their site is great for finding the latest news on Apple products and rumors about coming devices or generations.

Is it worth it to jailbreak your Apple device? Only you can know that, for sure. There are some risks involved, but it is generally considered safe. It is also perfectly legal as of last year. So if you are thinking of doing it, there is nothing holding you back. Just be careful about what you download.