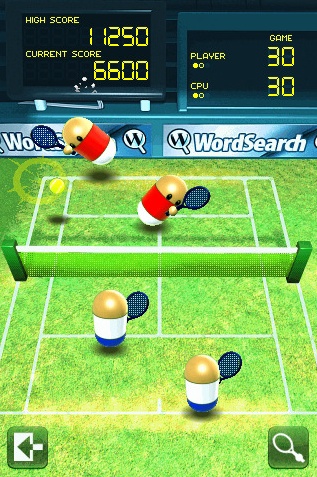 Lots of people are reminded of Nintendo’s Wii console when they think of the iPhone’s accelerometer based controls. If you’re looking for a game that will strength that connection even further, you should check out Tennis Slam.

Tennis Slam looks like a mini-version of Wii Sports Tennis using bean people instead of Miis. It plays really well (you can choose between touch and motion controls) and has the same feel as the Wii title that appears to have inspired it.

Keep in mind, though, that you don’t control the moment of the characters or the strength of the shot – its just a simple tennis game. So as long as you know what you’re getting into I think you’ll enjoy it.