by Mel 11 years ago5 months ago 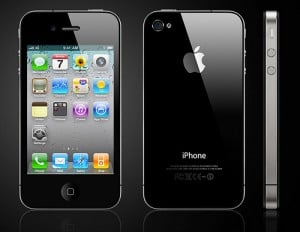 This could be proof that the global Blackberry service outage that happened a few weeks back has had a very negative effect on RIM.

In a recent survey conducted by iPass, it was discovered that the iPhone has now overtaken RIMâ€™s Blackberry as the preferred smartphone of businessmen and people involved in business. About 2,300 mobile workers involved in almost 1,100 different enterprises all over the world participated in the survey and 45 percent of the respondents said that they use an Apple iPhone, compared to the 32.2 percent who said they use a Blackberry. Just a year ago, the Blackberry was ahead (though just by a little margin) of the iPhone, 34.5 percent to 31.1 percent.

Another surprising result of the survey is the doubling of Android phone users. Among those surveyed, 21.3 percent said they own an Android powered smartphone.

Equally interesting is the answer to the respondentsâ€™ buying intentions for the next year. About 18 percent of the respondents said they will buy an Apple device. The next popular choice was Anrdoid, with 11.2 percent wanting to get an Android smartphone. Only 2.3 percent said they intend to get a Blackberry next year. The service outage may have been a significant factor for this very low intention to get a Blackberry device. The service outage affected a lot of Blackberry users, preventing them from getting their emails, which is the main come-on for buying a Blackberry device in the first place.

It remains to be seen if the new Blackberry operating system, BBX, will offer enough cool features to attract attention again.