This iPhone Air Concept Just Might Get Jony Ive’s Approval

by Noemi 8 years ago2 months ago
2

While “might” is the operative word here, it is hard to deny the beauty of of this iPhone 6 concept, which may very we’ll be called the iPhone Air.

There certainly has been no lack of wants, requests, demands, speculation, and concepts when it comes to the next generation iPhone, but this iPhone Air concept by Joseph Farahi looks like something that could come out of Jony Ive’s creative cave. 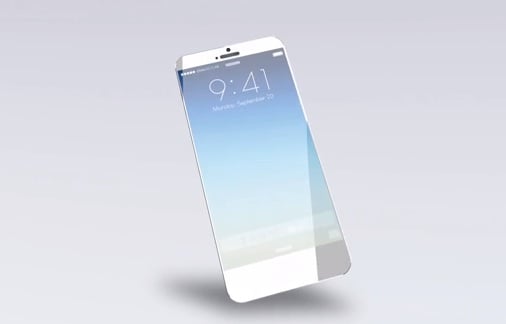 Sleek is the first thing that comes to mind upon seeing this concept. With 5.1 inches of edge-to-edge screen – Retina 2 no less – the iPhone Air can hold its own among those flashy telecom devices we see in science fiction TV shows and movies.

Not deviating much from other predictions, Farahi reckons that the next iPhone will have a 10-megapixel back camera that can take video at 4k. He also makes mention of a new Lightning connector, which is only new in terms of speed and not the physical pin configuration.