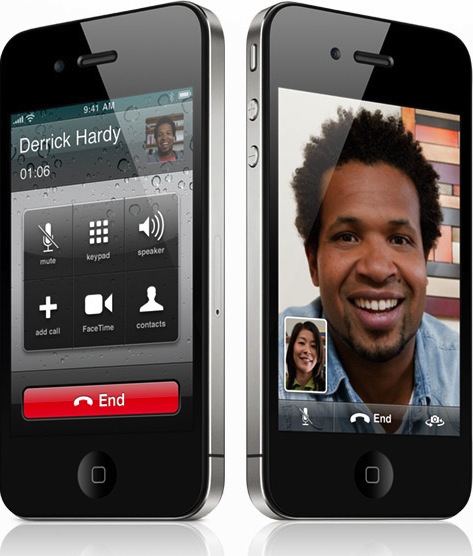 I called my mother while yesterday’s keynote was going on, and told her about all of the cool features on the new iPhone. “How much is it?” she asked. Both her and my father have 3G iPhones, and are a touch jealous of my 3GS. That, and my mother can’t get her iPhone updated to 3.0 still. Seriously.

I tell her the price, and she poo-poos it. “That’s too much. Not going to happen.” A few hours later, I get this e-mail:

“Ok, so Dad saw the new iPhones and wants to pre-order them. Is there any reason we need the more expensive one?”

The new iPhone is a huge difference from last year’s model. I remember standing in line for the 3GS, wanting it for the speed, but not really sure why else. It certainly wasn’t the compass, that’s for sure. And although the 3GS is a good phone, it’s worlds faster than the 3G, which I don’t think as many people realized. I think that even though Apple sold a ton of 3GS phones, they could’ve sold more. This redesign had to happen to differentiate the models in a drastic way, otherwise, people would accuse Apple of getting stagnant.

It had all the features revealed to us by Gizmodo, and more. FaceTime is a pretty cool feature, and done in a very Apple way. I can completely see using this with relatives to show off the baby or whatever. And the fact that you can switch between cameras is spectacular and very much in the Apple vein of doing things. Just executed so well.

The fact that it’s glass all the way around does concern me. It doesn’t look like the stainless steel sides wrap around the edges of the glass, which is where it’s most likely to fracture. Granted, I use a case religiously, but it’s still a concern. I’m not thrilled with the lines in the case, but once I heard the explanation, I was awed at the technology behind it. Just amazing, frankly. Amazing.

The display is another thing that I think we’re going to have to see to believe. John Gruber put it this way:

One thing that Apple didnâ€™t mention in the keynote, though, is that the LCD pixels are much closer to the surface of the touchscreen. On existing iPhones (and iPods, and iPads), there is not a lot of distance between the glass surface and the LCD, but there is some. Thereâ€™s also a very narrow amount of air between the touchscreen glass and the underlying LCD. If youâ€™ve ever got a bit dust under your display, that dust is in the air between the glass and LCD.

That’s a problem that my wife’s iPhone 3G has, and something I’ve noticed on friend’s phones as well. That fixes an annoyance of mine, and is very cool in itself. But the resolution here is going to make movies look spectacular in a way that we’ve never seen before. I know HD won’t work yet, but they’re really close.

But my big “oh my god I have to have it” moment came with the camera. I mentioned before that I’ve got a video project that I’m working on, and originally I was going to use a Flip cam to get the job done. Now, I can use my wife’s iPhone 4 as well as mine and have a two-camera shoot. It looks like the movies can be exported as well, meaning I can edit on my desktop. I do think iMovie for the iPhone is going to be sweet as well, which makes editing movies on the go pretty easy.