How to Watch the Olympics on Your iDevice 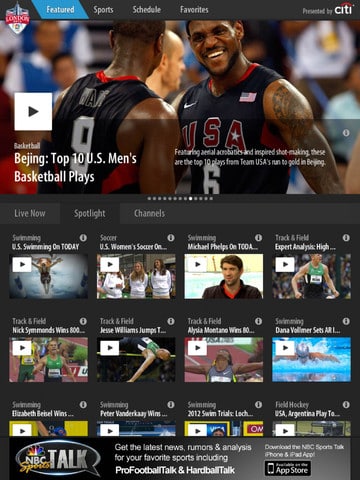 For the first time ever, the Olympics will be streamed to mobile devices in its entirety. Thanks to a pair of just-released iOS apps, you can follow the Olympics on your iPhone or iPad.

NBC has built its Olympics apps on Adobe technology, along with TV Everywhere, so that viewers can sign in to their cable providers and watch live streaming video. The first app is called NBC Olympics Live Companion, and it effectively turns your device into a second screen, where you can see stats and other extras while watching the events on TV. Then there’s NBC Olympics Live Extra; this is the one that gives you live streaming video on-the-go. Live Extra includes social features and the ability to pick your own camera angles at major events. (NBC is also streaming the sporting events live at NBColympics.com.)

If you plan on watching the Olympics this way, I’d suggest you go ahead and sign in at NBColympics.com now, so you’ll be all ready for July 27th when the Olympics begin.