How Apple Made Touch Computing Intimate 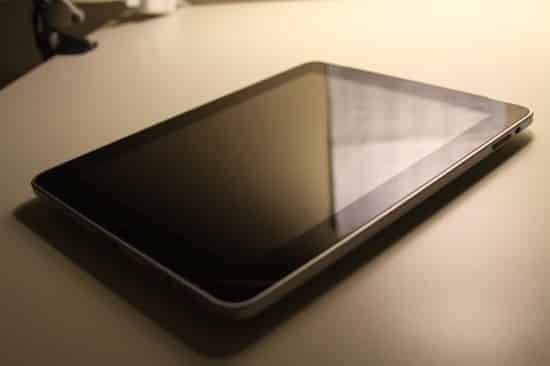 Apple has made the tablet and the smartphone intimate. It’s personal, touchable and everywhere you are â€” a revolution years in the making â€” here’s how it happened.

Touch computing was at the forefront of futuristic concepts for computers and has appeared in many kinds of gadgets over the last decade. It wasn’t until the iPhone’s debut in early 2007 that touch screens became wide spread in mobile devices. Apple’s approach to bringing the touch computing to a wide audience isn’t accident; Apple made the tablet intimate.

You Want To Touch iOS

As humans, we interact by touching which creates a bond between people close to us. Touch came to the computing world but it wasn’t as refined as it was today and was tacked on as an additional layer of interaction. Apple made touch the only method of interaction and navigation on the iPhone and iPad but made the user interface finger friendly. Navigational elements and buttons were front and center. This was an interface designed for fingers and not cursors. The iPhone and collectively all iOS devices beat out touch layers put on desktop OSs.

Apple took the experience of how we interact with media and made it personal through a touch interface. While we could thumb through photos and hold documents, we couldn’t interact with the web, our music and videos on such an intimate scale even with touch interfaces pre-iPhone. Apple made content king on all iOS devices which coupled with one of the most personal means of human interaction has now made the tablet form factor and the smartphone intimate.

iOS Is Everywhere You Are

Because the iPhone, iPod Touch and iPad are so personal and intimate, we want to take them everywhere. The iPhone and the iPod Touch have the advantage of being extremely portable as it can fit in your pocket. But have you noticed it’s often the first thing you go to in the morning? Checking email or Facebook? The focus is on content. Why is it the first thing you grab in the morning? It’s personal, you’re touching things you care about even if they’re visualized 1’s and 0’s. The iPad, while not pocketable, does make it more appealing than the most ultraportable notebook if you are focusing on mobility.

The entire family of iOS devices thrive on touch interfaces and adapt well to any screen size. We as humans love touching things, especially things we care about like photos, music and the web.