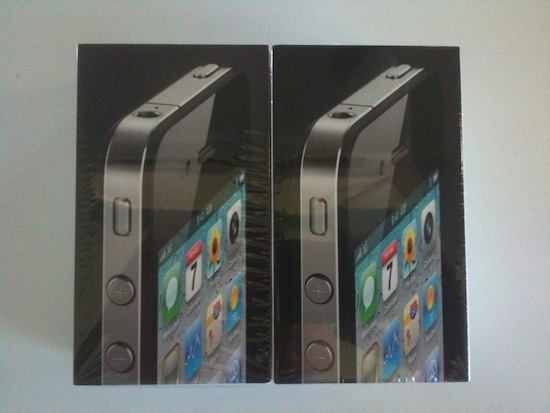 I didn’t get much sleep last night. I was one of those kids who couldn’t wait until Christmas, and would wake up hours early just to get my new toy. I remember waking up at 12:01 one year, knocking on my parents door and saying, “Santa’s here! Let’s open presents!”

The day wasn’t starting out well as far as my productivity went, because I kept checking FedEx’s website every 5-10 minutes like a crackhead. For hours, it read: “Departed Anchorage, AK, 2:34 am.” Around 10:20 am, I saw this:

Package deliveries are proceeding as normal; however tracking updates are temporarily being delayed. Please try back later.

A minute later, I heard the FedEx truck pull up, and off stepped the driver with two boxes in hand. I was giddy, which must have been obvious because he said, “You’re waiting at home for these, huh?” This started a conversation, and he told me that FedEx had drivers coming in on their day off just to deliver iPhones and nothing else. He said there were thousands of the things in the warehouse, ready for shipping. I can’t say that I’m surprised, but it’s pretty impressive.

Since I got the phone, I activated it with no problems to speak of yet, and I’ve been organizing my Apps into folders. I’m still not done with the update yet, and I have yet to make a call, but I have received a few texts.

I’m not going to get crap accomplished today.