Get All of the Greek Gods Free App 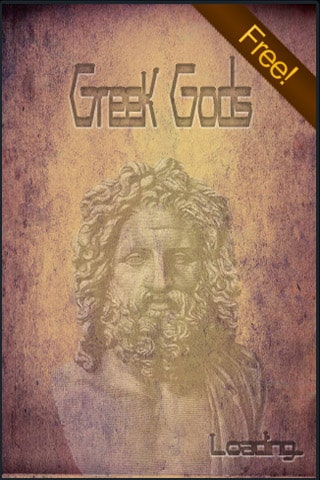 This App is for all of the bookworms out there! Greek gods and mythology is cited in countless amounts of literature worldwide, so why not have access to all of them and instantaneously know exactly who they were and what they did for ancient Greece!

The â€œGreek Gods Freeâ€ application literally frees up all of the specifics on over 360 gods and goddesses. If a vague text drops a line about Achelous, simply thumb down the alphabetized list to his name and read about how the â€œlarge River God with bullâ€™s head and serpents tailâ€¦had a run-in with Heracles over some female, and one of his horns snapped offâ€¦and [Plutus] turned it into the Horn of Plenty.â€

Looking up ancient Greeks could not be more intuitive as there is a list, a search function and even categories that the iPhone user can summon to find a deity (god or goddess), a demon, a fabulous creature, a legendary mortal, a spiritual being, or even a legendary place from Greek mythology.

Simply press on the heart by the Greek godâ€™s description to make Aphrodite a favorite, for quick access later on, and thumb the envelope to email the lower atmosphereâ€™s air god, aer!

With all of the half serpent, half goat people running amuck in Greek myths it can be hard to decipher gender, but do not worry! The â€œGreek Gods Freeâ€ App has an appropriate male or female symbol next to every name of a fantastic personage!