GDGT: Glassgate is Next for the iPhone 4 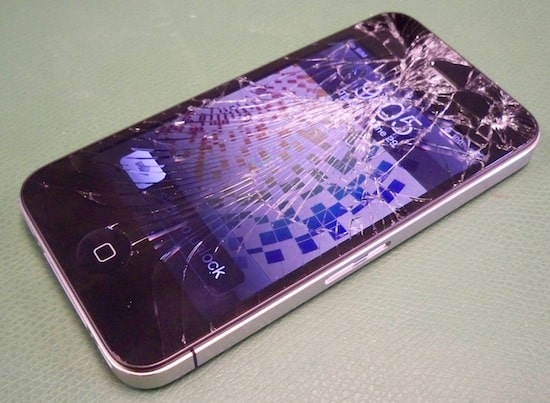 Fascinating story over at GDGT about the next big potential problem for the iPhone 4: Broken glass. I’ll let them do the explaining, because they do a great job of it.

According to my sources both inside and outside Apple, after Antennagate the iPhone engineering team identified another potential design flaw that appears to have sent them into a quiet lockdown, and has them working behind the scenes in what’s been described to me as something of a quiet panic to preempt any further tarnishing the iPhone brand. Apple has apparently found that non-bumper style cases — specifically those that slide onto the iPhone 4, which are occasionally prone to particulate matter getting caught between the rear of the phone and the case — can cause unexpected scratching that could quickly develop into full-on cracking or even much larger fracturing of the entire rear pane of glass. To put it another way: Apple is afraid you might buy a standard slide-on iPhone case, put it on your phone, and then discover the next time you take it off that the entire back of your device has been shattered by no fault of your own.

So before things escalated out of control and they had “Glassgate” on their hands, Apple swiftly moved to block sales of nearly all third-party iPhone 4 cases from its stores (which it just this week reversed, but only online — physical retail stores still aren’t yet stocking cases). Internally, I’ve heard the iPhone team has grown to be very concerned by this issue with slide-on cases, and has created a lab and large new test program specifically to investigate this further. (If the bumper seemed like kind of an odd concept for a case when it was announced, now its design, which doesn’t come in direct medial contact with either of the iPhone 4’s glass surfaces, seems to make a lot more sense.)

The entire piece is a fascinating read, and I highly recommend it.

It also makes a lot of sense. I’m no glass expert, but I do know how to cut glass. First you score it, then you leverage the glass apart to break it along the cut. It makes sense that if a scratch is formed that potentially the glass could shatter. And if it’s all done internally in the case, then when it comes time to pull it off, a surprise could be waiting for them.

I think that years from now, when the iPhone 4 scandal is in the distant memory, the iPhone 4 will be remembered as the biggest product failure in Apple’s history that made a mammoth amount of money. Interesting dichotomy there, but with all of the problems that the iPhone 4 has seen over the past few months, I’m positive the iPhone 5 will look worlds different.