Flash and Apple – It’s Getting Ugly

by Kevin Whipps 13 years ago9 months ago
9 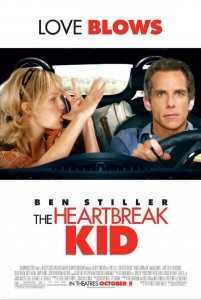 I once went out with this girl for a really long time. It was love, all that sentimental stuff, but it just didn’t work out. I think it was the part where she was banging the guy down the hall or something. Anyways, a year or so later, I’m walking through the mall with my new girlfriend, when I bump into her and the guy down the hall. It was an awkward moment for sure. I never wanted to be somewhere else so badly.

Well this is the relationship with Adobe and Apple. In case you haven’t heard, they’re no longer besties, and now has essentially decided to take their ball and go home. The drama started with the ever-vigilant John Gruber of Daring Fireball fame, who discovered that Apple changed section 3.3.1 in the iPhone Developer Program License Agreement. John says:

In the new version of the iPhone Developer Program License Agreement released by Apple today (and which developers must agree to before downloading the 4.0 SDK beta), section 3.3.1 now reads:

My reading of this new language is that cross-compilers, such as theÂ Flash-to-iPhone compiler in Adobeâ€™s upcoming Flash Professional CS5 release, are prohibited.

Which, as it turns out, is correct. In fact, it was confirmed by Steve Jobs himself via e-mail, in an exchange with Greg Slepak of Tao Effect:

Weâ€™ve been there before, and intermediate layers between the platform and the developer ultimately produces sub-standard apps and hinders the progress of the platform.

This is kind of a big deal to Adobe. After all, they’ve been working on making programs work on the iPhone through a bypass system they’re working on for CS5. Wired is using them for their iPad app, and other people were looking at it as well. It means that Apple wants their sandbox for themselves, and if Adobe wants to sneak by in the middle of the night and knock over a few sand castles, then Apple is going to kick them in the taint and lock them out forever.

I guess doing an end-run around not using Flash on the iPhone wasn’t the best idea, huh?

Adobe isÂ understandablyÂ upset, and that was alluded to in their most recent post on their company blog. I could pull out some of the decent sections for you, but I think there’s just a few sentences that truly sum it all up.

Speaking purely for myself, I would look to make it clear what is going through my mind at the moment. Go screw yourself Apple.

Ah. The mature response is always the most productive.

So what does this mean for all parties involved? Well, Apple may be facing a backlash from developers because of their hard stance on Flash on the iPhone. But at this point, so many people want to develop for the iPhone, that unless there’s a huge backlash, Apple will still be just fine. Adobe is really screwed, and now they have to figure out another way to get their products on the iPhone – like the legit way.

As for me, I’m just going to sit back and watch this thing play out.