Dumbest Rumor I’ve Ever Heard – The Return of the... 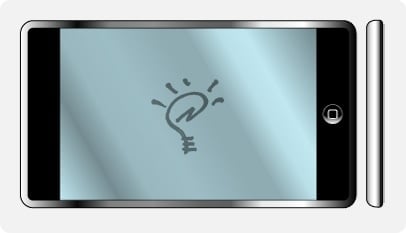 You know, sometimes you read a rumor that is just so blisteringly stupid, that you just can’t help but talk about it. That’s the case with the latest intel coming from Apple Insider.

They have “sources” (not the quotation marks) that have the inside track on what’s next for Apple – a new version of the Newton.

That’s right – Apple is going to ride the train of success all the way back down by scraping the bottom of the barrel, and reviving one of their biggest failures to compete in a market no one cares about.

It makes perfect sense…except, of course, that it’s completely ridiculous.

The return of the Newton is a rumor that just won’t die, and Apple Insider seems fit to make sure that this idiocy lives on forever. There is no end to the ways you can begin to explain why this isn’t happening and has never been happening.

First off, there is no Ultra Portable computer market. It’s not there – and if it was there – or Apple decided to create it — it would be a new Mac – not bringing back the brand name Newton. Also, based on the AI description, the device would only be roughtly twice the size of the iPhone – making it expensive, inconvenient, and basically useless.

It’s a device no one wants or needs (I know a few of you are going to scream “I want one” – but there aren’t enough of you to justify this product’s existance). Something that was twice as big as an iPhone would be just unportable enough to be a pain, and just small enough to not be a full blown computer.

The article even goes on to speculate that Apple is purposely holding the iPhone back to make this new device seem even cooler – with awesome features like Copy and Paste…that Apple apparently thinks we’ll believe is only capable on a device that’s larger than our iPhones…I just…I just can’t do this.

This is just so unbelievably ridiculous.

Here’s the main reason that you’ll never see this:

All of you with iPhones grab them and hold them in your hands. Do you know why Apple isn’t developing a Newton 2.0? Because you’re holding it in your hand right now. The iPhone IS a Newton 2.0.