Do the New Apple iPhones Cater to Both Frugal and...

by Apple Gazette 9 years ago10 months ago 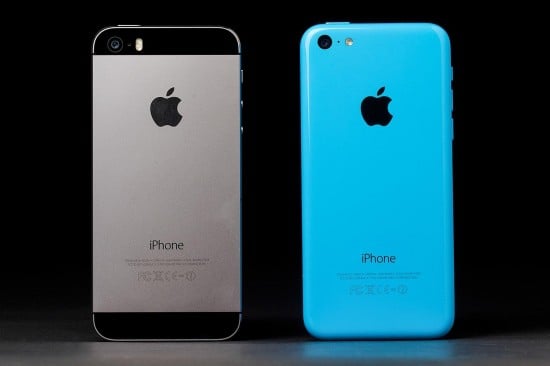 Since Apple’s new iPhone 5C and 5S models appeared in retail stores on September 20, there has been much speculation about the company’s direction.

Apple is known for its hard stance on pricing. The company seems allergic to discounting and sale pricing. Prices hardly budge during Black Friday and other shopping holidays. The selling points have always been quality and luxury.

The high-end price points send a message that these products are made to last, and will connect people with an innovative experience.

The release of the iPhone 5C rattled the tenets of Apple’s high-end philosophy, offering the 16GB model for only $99 with a two-year cellular contract.

In the past, customers have swallowed a $199 entry point for previous generation releases. Some speculated that a cheaper iPhone model would actually tarnish Apple’s luxury reputation. But Apple is actually following the same pricing trends that they’ve used in previous years … the name “5C” disguises it, though.

The 5C has precisely the same functionality as the previous generation iPhone 5. Apple has traditionally sold their previous generation phones for $99, so they really haven’t broken their stride. In fact, the plastic construction of the iPhone makes the 5C even cheaper for Apple to manufacture.

While the 5C has a reputation for being a cheaper iPhone model, the unlocked version is really only $100 less than an unlocked 5S. Those who wish to purchase the phone without a two-year commitment are still expected to invest a couple hundred dollars in this plastic version of the iPhone 5.

Some analysts believe that this will not sit well with consumers searching for unlocked iPhone options.

The actual hardware updates can be found in Apple’s iPhone 5S release, which features a fingerprint scanner, a faster processor partnered with an M7 co-processor, and an updated camera.

This model comes in unique metallic colors, such as gold, silver, and “space gray.” This iPhone model has generated the most excitement during the recent launch, since it’s the iPhone’s next step in improved hardware technology.

As is traditional with Apple launches, you can expect supplies to be constrained during the public’s initial love affair and consumer frenzy. Analysts for the Piper Jaffray investment bank surveyed people in line outside of Apple stores in multiple states, and discovered that 95% of waiting customers intended to purchase the iPhone 5S.

However, the buzz around this new model hasn’t been without a cloud. The Touch ID feature, which lets people sign into their phone and Apple Store services with their fingerprint, has raised concerns about user security.

The media was still whirling from the details about the newly released iOS 7 software just before this recent iPhone 5S and 5C launch. This free software update can be installed on the iPhone 4 and newer models.

It comes pre-loaded on all iPhone 5S and 5C devices. This massive update expands the functionality of the iPhone line, making phone settings accessible with the swipe of a finger. iOS 7 also features an all-new camera app, with a range of Instagram-like vintage filters.

Personal technology has become pervasive in our everyday lives, influencing everything from our work commute to our health and lifestyle choices. Innovations such as Touch ID may initially seem convenient, but they may post a threat to user security in the long run.

As technologies like iPhones continue to be an integral part of contemporary lifestyle, companies must continue to think about responsible use and customer protection.

The new iPhones do give off the notion that there is a cheaper iPhone alternative in the market. While that may be true to a certain degree, no one in his right mind can say that the iPhone 5C is really cheap!