Ballmer STILL Doesn’t Feel the iPhone is a Mobile Competitor 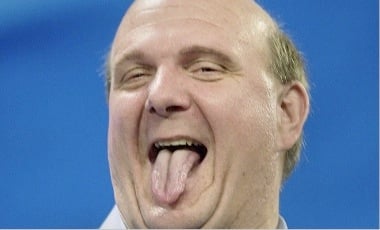 Like an ostrich that buries its head in the sand, Microsoft CEO Steve Ballmer continues to downplay the significance, and dominance of the iPhone in the mobile space.

Ballmer spoke with analysts in New York earlier this week and told them that while he does consider Apple to be a major competitor in the computer market, he feels that “The truth of the matter is all the consumer market mojo is with Apple and to a lesser extent BlackBerry…and yet, the real market momentum with operators and the real market momentum with device manufacturers seems to primarily be with Windows Mobile and Android.”

This dismissal on Balmer’s part is really quite odd. Not because he said something idiotic…that happens quite frequently, but because his statement basically comes out to – “Apple and Blackberry are leading with their own devices, but when it comes to mobile devices that run other company’s operating systems, it’s either Windows Mobile or Android.”