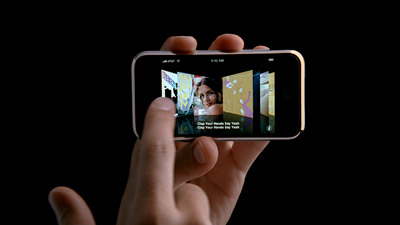 AT&T Mobile chief Ralph de la Vega has some pretty ambitious plans for the iPhone. At the Web 2.0 Summit on Thursday of last week he spoke of a bold future where the iPhone would basically handle every aspect of your day.

In the morning the device will download your daily news feeds, then send an alert to your coffee maker to begin brewing coffee. When you wake up you’ll simply point your iPhone toward your television and the day’s news will play on the big screen.

It will lock your doors on the way out in the morning, and crank your car. It will then read you the remaining bits of news with built-in speech capabilities while you drive to work.

After you get there it will orchestrate a conference call with two potential clients who speak Japanese. Even though you only speak English you won’t have a problem communicating, however, because the iPhone will translate the languages in real time, allowing both of you to communicate easily.

That’s all fascinating, and it would be amazing if it happens…but before we get to all of that…don’t you think maybe someone should figure out cut and paste?