AT&T and Apple: Buddies For Now 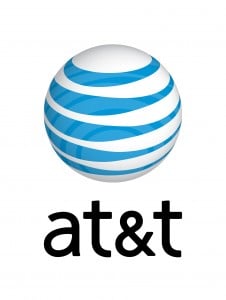 Well, it wouldn’t be a decent day at the office without more talk about AT&T and Apple. This one comes from the Wall Street Journal via PCWorld, and it goes a little something like this:

AT&T gave Apple engineers masterclasses in wireless networking in order to address iPhone connectivity woes on the carrier’s network, says a report from theÂ Wall Street Journal. But that’s only half of the story, as AT&T also says it’s putting a lot of effort (and money) into improving its network as well.

U.S. iPhone users have beenÂ complaining about AT&T’s network pretty much since Apple’s smartphone was first launched in 2007. And AT&T wasÂ their only option if they wanted an iPhone, , as Apple has forged anÂ exclusive deal with the carrier in the U.S.

However, with (long-standing) rumors that Apple may soonÂ end exclusivity with AT&T and launch aÂ Verzion version of its popular smartphone, AT&T is ramping to beef up its network in an effort to satisfy users. As part of improving iPhone users’ experience, AT&T worked with Apple to reduce strain on its network, according to the WSJ.

Of course, the Verizon thing has been a rumor for years now, and there’s as of yet no confirmation that it’s going to happen. Plus, it’s not like Verizon is the only player in the game. There’s Sprint and T-Mobile too, and Sprint’s 4G network might be looking pretty nice to Apple.

I wrote about this over at our sister site, Forever Geek, the other day and I’ve got a few ideas about where this could go. Once exclusivity with AT&T goes out the window, Apple can do whatever it wants. Sure, every carrier wants to go steady with Apple, but would they be willing to give up having the entire pie just to have a good slice? Putting the iPhone on T-Mobile doesn’t require a thing, so that’s a gimme. Then with Sprint and Verizon, they’d have to develop a new phone. But once that’s designed they could move it on over to any other carrier overseas as well. Imagine if you could buy an iPhone and just add it to your existing plan. How awesome would that be?

Honestly, I’d love to get away from AT&T. And as often as I hear about how fast AT&T’s 3G network is, it doesn’t mean anything to me if I can’t dial a call. My hope is that once the iPhone is officially available for another carrier that it goes to all of them.

Of course, that’s a pretty big dream. But it’s my dream, and I can do what I want.